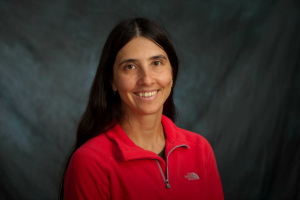 Dr. Lea Ferreira dos Santos, professor of physics, has accepted an invitation to give a plenary talk at the “Quantum Innovators in Science and Engineering” workshop in the first week of October organized by the Institute for Quantum Computing (IQC) at the University of Waterloo, Canada.

This is a focused workshop for outstanding young researchers, and dos Santos will speak to an audience the majority of whom are at the postdoc stage of their careers with the rest being mostly junior faculty.

The Institute for Quantum Computing was officially created in 2002 as a collaboration between academia, the private sector, and the federal and provincial governments. There are more than 200 researchers across six departments within the Faculties of Science, Mathematics, and Engineering at the University of Waterloo.