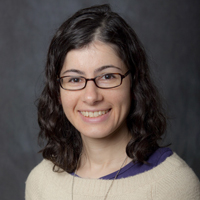 Dr. Josefa Steinhauer, associate professor of biology, has published an article, along with a number of co-authors, in the prestigious journal Genes and Development, titled “New genes often acquire male-specific functions but rarely become essential in Drosophila.”

In a collaboration among Steinhauer’s lab at YU and scientists from Memorial Sloan Kettering Cancer Center, Cornell University, Cold Spring Harbor Laboratory, and the Japanese National Institute of Genetics, she and her co-authors studied gene evolution in the fruit fly, Drosophila melanogaster.

Using bioinformatics (which combines computer science, statistics, mathematics, and engineering to analyze and interpret biological data), they identified relatively “young” genes in the fly genome. Their analyses showed that these newly evolved genes are more often expressed in the male reproductive tract than elsewhere in the body.

Using CRISPR/Cas-9, a current gene-editing technique, to knock out a large number of young genes and analyze the consequences, they found that several young genes are necessary for sperm production and maximal fertility, indicating that as new genes are born in a genome, they can develop critical functions in fertility before they become essential for the organism.

The study sheds light on how genomes evolve and how new genes acquire their functions.