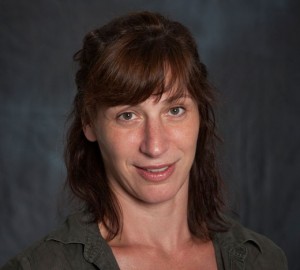 Dr. Nora Nachumi, associate professor of English, presented a paper in March entitled “Lady Susan, Love and Friendship and the Impact of Form” on a panel entitled “The Eighteenth Century on Film” at American Society for Eighteenth-Century Studies Annual Conference. That paper grew out of a chapter she is writing on Whit Stillman’s film, “Love and Friendship,” for a book entitled Austen 200 which will be published by Palgrave/MacMillan.

Earlier this month, Nachumi presented a paper with Stephanie Oppenheim of the Borough of Manhattan Community College called, “Was It Good For You? Sex, Love and Austen” at the Jane Austen Society of North America Annual General Meeting at Huntington Beach, California. The essay from which that talk was drawn will be published in Persuasions Online later this year.

In November, she is headed to the Biannual Aphra Behn Society Conference in Pittsburgh to give a paper called “Character and Caricature: Elizabeth Farren, Dorothy Jordan, Brushstroke and Pen.”

A chapter Nachumi co-wrote with Heather King Shamp, of the department of English at University of Redlands, called “Learning to Adapt: Teaching Austen in Adaptation” has been accepted for inclusion in a book entitled Adapting the Eighteenth Century, currently under consideration at a university press.

Her book review of Sheryl Craig’s Jane Austen and The State of the Nation appears in the Summer 2017 edition of JASNA News.

Nachumi will also be chairing two panels at the American Society for Eighteenth-Century Studies Annual Conference (ASECS) in March 2018. She is on the steering committee for the ASECS masquerade ball, which will raise money to provide financial assistance and scholarships for junior academics and independent scholars working on the eighteenth century.