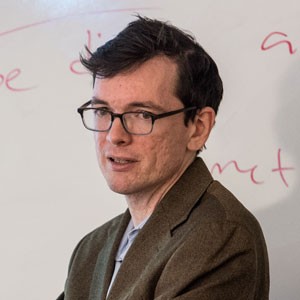 Dr. Seamus O’Malley, assistant professor of English, is presenting at three conferences and serving on a panel at a fourth this fall.

His talks include “Populist Propaganda in Emily Lawless’s Hurrish” for The American Conference for Irish Studies, Mid-Atlantic Regional Conference at Georgetown University in Washington, D.C.; “Yeats and the Languages of Populism” for the International W.B. Yeats Society Conference at New York University and New School University in New York City; and “The Good Soldier, Dora, and the Spas of Europe” for Ford Madox Ford and the Other in Montpellier, France.

O’Malley is also an invited panelist for “‘Deep Down in the Popular Heart’: Untied Ireland and Populism” for the Transnational Print Culture Conference at Fordham University in New York City.