Russell Appears in “Soon By You” 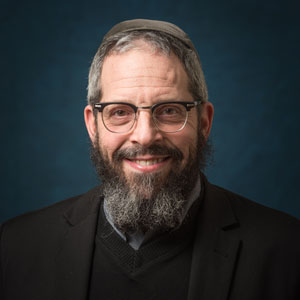 Reuven Russell, instructor of speech and drama at Stern College for Women has become a familiar face to those who have never taken his classes, through his recurring role in a former student’s web series.

Soon By You, created by Leah Gottfried ’14S, is about a group of friends navigating the Jewish dating scene in Manhattan and has been described as a Modern Orthodox version of Friends. Russell appears in three episodes of the just completed first season as the always-eating, live-and-let-live Uncle Avi.

Russell came to the world of theater through his family, his father being Joey Russell, a popular Jewish humorist and comedian during the age of the Borscht Belt and Milton Berle. Russell the son pursued a career as an actor and attended the Yale School of Drama before coming to Stern College.

Russell has been at Stern for 13 years, teaching the required course on public speaking as well as serving as the artistic director of the Stern College Dramatic Society (SCDS).

This is not the first time Gottfried and Russell have collaborated. She was a student of his as well as a member of the SCDS. They also worked together on a film for Project S.A.R.A.H. (STOP ABUSIVE RELATIONSHIPS AT HOME) about familial abuse. Gottfried both wrote the script for and acted in the film, which was directed by Russell.

Russell finds that many of the themes in Soon By You touch on, at the same moment, both the comedic and serious aspects of “trying to finding your soul mate in life—there is anxiety because no one wants to be alone, and in the observant Jewish tradition, people want to start families.”

He’s not sure what will happen with his character in season two, but he has enjoyed the opportunity to work with his former student and the talented cast and crew.