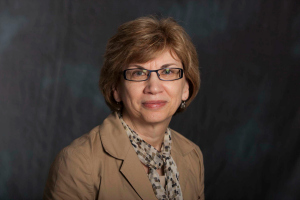 Dr. Linda Shires, David and Ruth Gottesman Professor of English and Chair of the Department of English at Stern College for Women, delivered two talks at the January 4-7 Modern Language Association Conference in New York City.

She spoke on “Travelling into the Unexpected with J.M.W. Turner and William Thackeray” for the Visual Culture Forum, held this year in honor of John Berger, the late painter, art critic and novelist.

She also presented “The Limits of Case Study for Literary Analysis” at a Literature and Anthropology panel.

Shires’ invited essay on “Image” will be published next year in the journal Victorian Literature and Culture (Cambridge University Press) as part of the inaugural issue under new editors Rachel Ablow (University at Buffalo) and Daniel Hack (University of Michigan).