Pearl Berger Retires from Judaica Librarianship Board; Is Honored by Colleagues

Pearl Berger, retired dean of YU Libraries, who received the University’s Presidential Medallion in 2015, has recently stepped down from the editorial board of Judaica Librarianship. To honor her retirement from the board, Edith Lubetski, head librarian, Heidi Steinberg Library, Yeshiva University and Zachary M. Baker, Reinhard Family Curator of Judaica and Hebraica Collections in the Stanford University Libraries, wrote glowing tributes in her honor that appear in the latest issue of the journal. 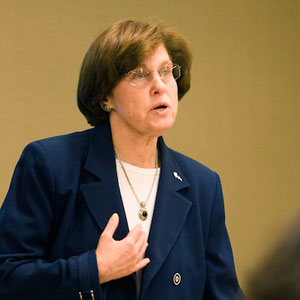 Baker titled his “Pearl Berger: The Consummate Librarian, Mentor, Colleague, and Friend.” He praised her for being a conscientious member of the publication’s editorial board who devoted many hours to close reading of manuscript submissions and offered pertinent guidance to her fellow editors. Baker lauds Berger for making the point, again and again, that “preserving our cultural heritage is a costly proposition, and libraries need care and feeding in order to flourish.”

In her piece, “‘And Let Her Works Praise Her in the Gates’: A Tribute to Pearl Berger,” Lubetski, who is head librarian at Stern College for Women, praised her for the multitude of improvements that her leadership brought to the YU library system, and noted that “Pearl is a person of integrity; she is smart, conscientious, hard-working, clear-thinking, and committed to excellence.”