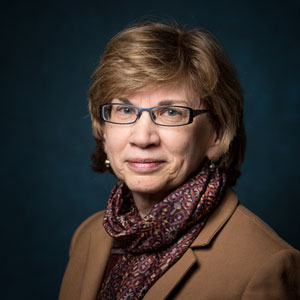 Dr. Linda M. Shires, David and Ruth Gottesman Professor of English, chair of the English department at Stern College for Women, and head of the humanities division, will give a plenary address at the 23rd international Thomas Hardy Society Biennial conference in Dorchester, England on July 17, celebrating Fifty Years of the Society. Referencing the Greek term Poesis [making], the title of her talk is “Hardy’s Poems and His Reader: The Power of Unmaking.”

She has published widely on the work of Thomas Hardy, including what is considered a seminal essay on the radical aesthetic of Tess of the d’Urbervilles and numerous other essays on his poetry and other novels, such as the Introduction and Notes for the Penguin Classics edition of The Trumpet Major and such articles as “Hardy’s Memorial Art: Image and Text in Wessex Poems” (Victorian Literature and Culture) and “Hardy’s Browning: Refashioning the Lyric” (Victorian Poetry).

Her most recent essay “Matter, Consciousness, and the Human in Wessex Poems,” which appeared in SEL’s Autumn 2015 (55, 4) issue will be reprinted by Gale/Cengage in a Poetry Criticism volume on Wessex Poems by Thomas Hardy (Lawrence Trudeau, Gen. Editor).