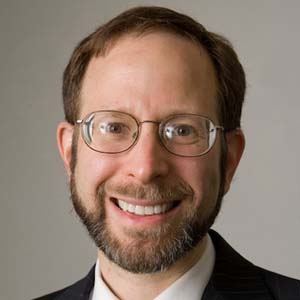 Dr. Mordechai Cohen, professor of Bible, associate dean of Bernard Revel Graduate School of Jewish Studies and divisional coordinator of academic Jewish studies at Yeshiva College, recently delivered a lecture about research he conducted as the head of a 14-member group of distinguished scholars from America, Europe and Israel at the Institute for Advanced Studies in Jerusalem in 2010. Their year-long study aimed to bring to light aspects of interpretive approaches to sacred scriptures in the three major faith traditions.

In a Library Book talk given on Sunday, February 11, Cohen spoke about the volume produced by the research group, “Interpreting Scriptures in Judaism, Christianity and Islam” (edited by Cohen and Adele Berlin, a Biblical scholar at the University of Maryland). He showed how the Jewish tradition of Bible interpretation (parshanut ha-miqra) is best understood when we consider how our great commentators, such as Saadia Gaon, Rashi and Maimonides, met the cultural challenges posed by Muslim and Christian interpretation of scripture.

“This broadly interdisciplinary project was especially rewarding for me as a scholar of Jewish Bible interpretation,” noted Cohen, because it provided rich and profound perspectives on the Muslim and Christian cultural contexts in which our great commentators worked.” He added that the scholars of the three faith traditions that convened in Jerusalem all felt similarly that they gained a deeper perspective on their own scholarship by understanding parallel strategies of reading sacred scripture adopted within other faiths.”

The lecture can be viewed on Revel’s YouTube channel.