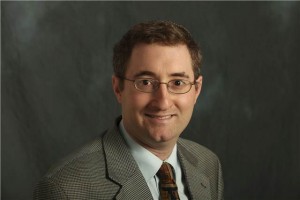 Dr. Shalom Holtz, associate professor of Bible and director of the Jay and Jeanie Schottenstein Honors Program at Yeshiva College, has co-organized a conference with Dr. Tova Ganzel, director of the Midrasha at Bar-Ilan University, titled “Contextualizing Jewish Temples,” which will bring together international scholars from May 6 to May 9 on the Bar-Ilan campus to discuss recent scholarship on Ezekiel’s vision of the Temple in Ezekiel 40-48 and its connection to the Babylonian temples that surrounded him.

Holtz and Ganzel met at a 2011 conference in London, where they discovered they shared research interests in the Biblical account of Ezekiel and the administration of the Babylonian temples. This led to them co-authoring an article in 2014 for Vetus Testamentum titled “Ezekiel’s Temple in Babylonian Context,” where they showed how Ezekiel’s visionary temple reflected elements of space and priestly hierarchy found in Babylonian sources on how temples functioned.

“Tova received a grant from the Israel Science Foundation to convene a conference on this topic,” said Holtz, “and she asked me to collaborate with her on organizing it. It has been immensely gratifying to bring together such a world-class gathering of scholars to discuss topics that both Tova and I have spent much of our lives researching and writing about.”

Ganzel added that “Ezekiel holds a unique place because his persona bridges two roles—priest and prophet—at the momentous period of the destruction of the Temple and exile. His vision represents the only instance in the Bible in which a prophet sets out a comprehensive system of rules and regulations parallel to, yet different from, those set forth in the priestly texts. We are looking forward to hearing our assembled scholars deepen our understanding of these topics.”

Workshops will cover many diverse topics, such as Neo-Babylonian materials, Egyptian religious symbolism, Syrian temple architecture, and the writings of Ugarit, to name a few, so that the wisdom of those researching all relevant periods of Israel’s religious history, from its earliest manifestations through the end of the Second Temple Period, can be shared.

The Bernard Revel Graduate School is also a co-sponsor of the conference.