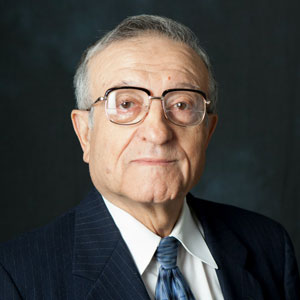 Dr. Samuel Schneider, associate professor of Hebrew, wrote a eulogy for the Israeli author Aharon Appelfeld in the recent issue of the journal Mida. Appelfeld, who died in January of this year, received an honorary degree from Yeshiva University in 1989.

Schneider noted that “since his books began to be translated into foreign languages, Appelfeld has also been recognized as one of the world’s greatest writers in the 20th century….When Italian journalists approached the writer Primo Levi when he won the Nobel Prize for Literature, he told them: ‘Why do you come to me? Go to Appelfeld.’”

In the piece, Schneider described Appelfeld’s horrible experiences as a Holocaust survivor and how, after he made his way to Israel in 1946, “restoring [his] childhood” became the source of his creative process as a writer.

Schneider ends his eulogy with a tribute to Appelfeld’s power as an artist: “Thank you, Aharon, for everything you have created and given us. Peace in your peace.”