Levine Lectures During the Spring Semester in New York 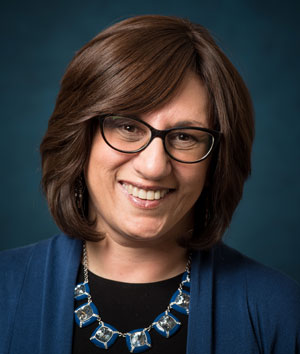 Dr. Michelle Levine, associate professor of Bible at Stern College for Women, delivered a number of lectures this spring semester to various communities in New York.

In her community of Kew Gardens Hills, she lectured for Purim on the topic, “Follow the Dot—דת: A Guiding Motif for Reading Megillat Esther.” On Shabbat HaGadol before Pesach, she gave a shiur at Congregation Ohel Yizhak of Kew Gardens Hills on “Moshe Rabbenu at the Burning Bush: The Making of A Redeemer.” For the April Rosh Chodesh series at Congregation Ohab Zedek of Belle Harbor, Dr. Levine spoke on a timely topic for Yom Haatzmaut, titled “The Story of Achsah (Judges, Chapter 1): The First Female Pioneer.”

As part of her continuing series on the Women of Tanach for the Young Israel of Forest Hills, she delivered lectures in March and April on “Rachel and Leah: Wife/Sister Rivalry—Begetting the Twelve Tribes,” and on “Dinah, Daughter of Jacob: Tragedy and the Test of Family Loyalty.” For the Young Israel of Great Neck Rosh Chodesh series, she spoke in April on a timely topic for Shavuot, titled, “Our Matriarch Leah, Tamar, and Ruth: Mothers of Royalty.” Dr. Levine also completed her year long study of the Book of Proverbs in her weekly learning group for women in Kew Gardens Hills.

Dr. Levine participated in a Leil Iyyun, Pre-Pesach Lecture, sponsored by Stern College’s Torah Activities Council, where she gave a shiur on “The Road to Redemption: All It Takes Are Righteous Women.”

“In this series of lectures to various New York communities, I selected topics that were relevant not only to the time of year but also imparted important messages for our contemporary times,” she explained. “I chose to speak particularly about notable biblical figures whose lives had significant impact in shaping the future destiny of the Israelite nation. When I analyze their stories, I aim to draw lessons from their struggles, tragedies, triumphs and successes that will resonate with us, so that we may learn from them and apply these lessons to our own lives to strengthen our religious commitment to Judaism.”