Kanarfogel Co-Edits Books on the Rav and Medieval Jews 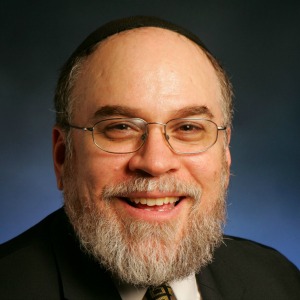 Rabbi Dr. Ephraim Kanarfogel, E. Billi Ivry University Professor of Jewish History, Literature and Law at Yeshiva University’s Bernard Revel Graduate School of Jewish Studies, has co-edited two new volumes, one focusing on the writing of Rabbi Dr. Joseph B. Soloveitchik and the other on the emergence of Jewish identity during the medieval period in Europe.

In Scholarly Man of Faith: Studies in the Thought and Writings of Rabbi Joseph B. Soloveitchik (Urim Publications), Dr. Kanarfogel and his co-editor Dr. Dov Schwartz, professor of philosophy at Bar-Ilan University, bring together the expanded studies of written works of the Rav that emerged from a joint conference between YU and Bar-Ilan in 2012. Other YU faculty contributing chapters to the content included Rabbi Shalom Carmy, assistant professor of Jewish philosophy and Bible at Yeshiva College; Rabbi Dr. David Shatz, Ronald P. Stanton University Professor of Philosophy, Ethics, and Religious Thought at Stern College for Women; and Dr. Daniel Rynhold, associate professor in modern Jewish philosophy at Revel.

In Regional Identities and Cultures of Medieval Jews (Littman Library of Jewish Civilization), Dr. Kanarfogel worked with Javier Castaño, a research fellow in Jewish history at the Spanish National Scientific Research Council in Madrid and a former editor of Sefarad, and Dr. Talya Fishman, associate professor of Jewish intellectual and cultural history of the medieval and early modern periods at the University of Pennsylvania, to examine how Jewish regional subcultures, including the most prominent groups, Ashkenaz and Sepharad, emerged in the Middle Ages.

“In Scholarly Man of Faith,” said Dr. Kanarfogel, “outstanding international scholars examine areas of his intellectual endeavors that have not been fully explored, making the volume valuable to anyone interested in the Rav’s teaching. Regional Identities and Cultures of Medieval Jews focuses on the factors that led Jews to create a discrete Jewish regional identity from the ninth to the sixteenth centuries. In both volumes, I have had the pleasure of investigating with my fellow scholars the forces that have shaped the distinct elements of the Jewish character.”