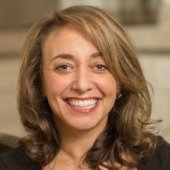 Dr. Sharon Poczter, associate professor and chair of the strategy and entrepreneurship department at Sy Syms School of Business, has co-authored an article with Dr. Aldo Musacchio, associate professor of business at the Brandeis International Business School, and Dr. Sergio G. Lazzarini, professor of organization and strategy at the Insper Institute of Education and Research, on May 30, 2018, for MIT Sloan Management Review.

Titled “How to Compete Against the New Breed of National Champions,” the authors contend that the competitive threat posed by what they call “national champions,” defined as companies either heavily subsidized or owned by a government, is nothing new, the nature of the threat has changed because “today’s national champions are much more sophisticated, competing in more industries, and harder to spot than ever before, [and so] Western companies need a new strategic guide for competing against them.”

Poczter noted that what has been happening in the past few weeks concerning trade talks with China, contentions within the North American Free Trade Agreement, and the imposition of tariffs “only strengthen our conclusions,” citing a recent article in the Wall Street Journal about how China skirts America’s antidumping tariffs on steel by owning production outside of the country.