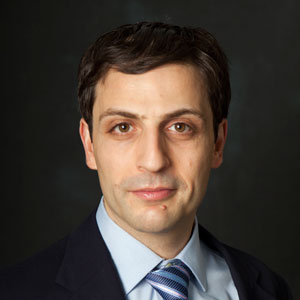 Dr. Neer Asherie, professor of physics and biology, was selected as a recipient of the Maynooth University Visitor Program for Distinguished Scholars Award. This highly competitive award by Maynooth University (Ireland) recognizes outstanding scholars in all disciplines.

As part of the award, he spent the month of May working in the laboratory of Dr. Jennifer McManus, head of the department of chemistry at Maynooth, where he carried out a joint research project on crystallizing human antibodies in order to gain a better understanding of their structure and function.

“Crystallizing antibodies (or any protein),” he explained, “allows you to figure out the three-dimensional structure of the protein, that is, where each atom in the protein is located. Once you know the structure, it is easier to understand how the protein carries out its function. And then it becomes possible to do other things too, such as developing a drug that blocks the action of the protein.”

In addition to his research, Dr. Asherie also gave two lectures at Maynooth. The first was a technical lecture on using light scattering to improve protein crystallization outcomes. This lecture was a special event in the workshop conducted by the European Union Innovative Training RAMP Network (RAtionallising Membrane Protein crystallisation).

The second lecture, “Crystals, Cataracts and Chance,” was for the general public and focused on how Dr. Asherie became a biophysicist. His audience learned that in addition to being a physicist, Asherie is also a playwright. His one-act plays include The Interview (which won a Best of the Festival Award at the Short Play & Musical Festival at The Players Theatre in New York City), A Killer Day, A Full Apology and Within Reason. His science-in-theater play, A Dialogue about Protein Crystallization and Phase Diagrams, was published by Bentham Science.

Following his stay at Maynooth, Dr. Asherie was invited to Cambridge University where he gave a seminar at the Cavendish Laboratory (Physics Department) about his research on protein phase behavior. “Proteins normally carry out their functions dissolved in solution,” he said. “However, if the conditions are changed (for example, the temperature goes up), then the protein can come out of the solution and form a crystal or a gel or dense liquid or some other state. These different possibilities are called the protein’s phase behavior. If we can predict what will happen to a protein under different conditions (in other words, predict its phase behavior), then we help treat certain diseases or improve industrial processes that involve protein phase behavior.”