Arch of Titus in Münster, Germany Why Fish Don’t Freeze

From July 15 – 19, 2018, Herzog College, an academic institution associated with Yeshivat Har Etzion in Alon Shvut, Israel, offered Yemei Iyun B’Tanakh [Bible study days], which it has done every summer for almost a quarter-century. These intense study days were initially aimed at an audience of professional educators, but they are now attended by thousands of people who come to enjoy the high-level classes in Tanakh and to soak up the love of Torah study that imbues the program.

About a decade ago, classes in English were added to the program, and now there are two days of classes in English, as well as a number of English-language tiyulim [excursions] on offer. Hundreds of people attend these classes, primarily from Israel but also from North America and other English-speaking regions.

This year’s program added a day of classes given in Spanish and a day of classes in French, as well as an additional day of English language classes emphasizing innovation and technology in the Jewish studies classroom.

Three distinguished YU faculty presented at the event: Dr. David Berger, Ruth and I. Lewis Gordon Professor of Jewish History and dean of the Bernard Revel Graduate School of Jewish Studies; Dr. Ilana Turetsky, instructor in Jewish education at the Azrieli Graduate School of Jewish Education and Administration; and Dr. Shalom Holtz, associate professor of Bible and director of the Jay and Jeanie Schottenstein Honors Program at Yeshiva College. 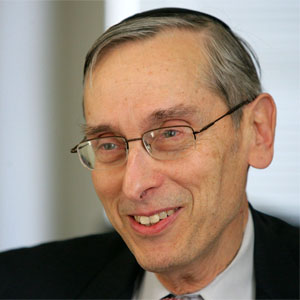 Dr. Berger spoke on “Rashi on Isaiah 53 (the Suffering Servant): Theology or Pshat?” As he explained, “Isaiah 53 was probably the most important biblical passage in the Jewish-Christian debate. Though the Talmudic sages saw the servant as the Messiah, Rashi saw him as the people of Israel. More strikingly, he affirmed that the collective servant suffered to atone for the sins of the nations of the world. Some scholars understood Rashi’s interpretation as a reaction to the First Crusade and an effort to explain Jewish suffering during its course.” Berger added, “I argued for the more ‘naïve’ position that Rashi was motivated by his sense of the straightforward meaning.”

He noted that “it has become a cliché to say that this week of concerted Bible study is a remarkable, unprecedented expression of a thirst by Israeli laypeople to pursue a sophisticated understanding of this foundational text, but, as I have written in the past, one characteristic of clichés is that they are usually true.” 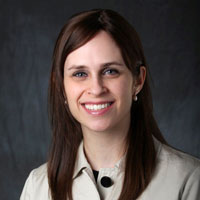 In her experience as a teacher, she has found that class discussions can range from animated, substantive, and thought-provoking to superficial and/or dry. “The goal of my presentation,” she said, “was to empower educators with tools to facilitate class discussions that promote deep thinking and that respectfully engage all students in the class.”

Dr. Turetsky found the entire event inspiring in its scope and intent. “It was very moving to be at an event with Jewish educators from all over the world, educators that understand that investing in their own growth is a direct investment in the success and positive development of their students.” 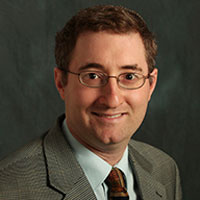 Dr. Holtz presented a talk on “Floods and Fertility: Contextualizing Bereishit (Genesis) 1-11.” When the Assyrian Gilgamesh Epic was discovered, nearly 150 years ago, it immediately made news because of its overt parallels to the flood narrative in the Tanakh, and these parallel stories formed the basis for Holtz’s lecture.  “We read the two narratives together and identified the main similarities between them. Then we studied the earlier source of the Mesopotamian flood story, which, like the Tanakh, narrates the flood as part of an account of the creation and re-creation of the world.  Doing so allowed us to appreciate the Torah’s unique perspective on humanity’s purpose and relationship to God.”

Dr. Holtz was pleased with being at the event and having the chance “to engage in high-caliber study of the Hebrew Bible taught by academics from Israel and abroad.”

“Herzog has begun a process of developing relationships with academic institutions outside of Israel, and Yeshiva University is a natural partner for them,” said Dr. Shalom Berger, Coordinator, English Language Yemei Iyun BeTanakh, who worked with Dr. Stu Halpern, senior advisor to the provost at Yeshiva University, in conceptualizing and arranging the YU faculty members’ presentations, “and it is certainly gratifying to see hundreds of English speakers joining the thousands of participants in these days of intensive Torah study.”