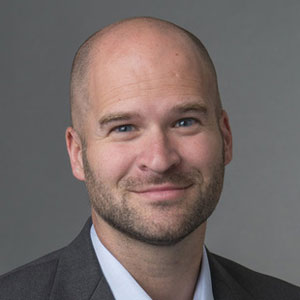 Aaron Wright, associate clinical professor of law at the Benjamin N. Cardozo School of Law, testified before the US House Committee on Science, Space, & Technology earlier this year urging legislators to create a National Blockchain Commission to protect the technology from bad actors and to foster the technology’s growth in the United States. A commission, he said is the best place to “devise common principles to guide the federal approach for regulating blockchain technology.”

Wright also discussed issues surrounding the technology and its capabilities, including its use for smart contracts, and the potential for the technology to impact a range of industries, improve commercial activity, transform capital markets and democratize capital, telling the members of Congress that blockchain “points to a future where our commercial relationships are much more dynamic and represent a really new frontier for how we think about commercial arrangements.”

The professor has become a reliable voice for the media as well as government to turn to in their exploration of the emerging technology. Since last year, Wright has been quoted in several publications, providing insight into the technology’s legal implications for readers of The Washington Post, the New York Law Journal, LegalTech News, Law 360, and Big Law Business (produced by Bloomberg Law). When the story about social media site Facebook sharing its user data with third parties broke this spring, The Washington Post went to Wright to confirm how blockchain technology might prevent similar situations. “If that system is built and the technology is developed,” Wright told the paper in its March 23 edition, “some of the issues we’ve seen related to data breaches, access to people’s personal info—that would potentially improve.”

Since his testimony, Wright has co-authored a book on the legal implications of blockchain for business and government. Blockchain and the Law: The Rule of Code came out in April from Harvard University Press. Co-author Primavera de Filippi is a researcher at the National Center of Scientific Research (CNRS) in Paris, a faculty associate at the Berkman-Klein Center for Internet and Society at Harvard University and a visiting fellow at the Robert Schuman Centre for Advanced Studies at the European University Institute. She and Wright argue that by cutting out middlemen, such as large online operators and multinational corporations, blockchains run the risk of undermining the capacity of governmental authorities to supervise activities in banking, commerce, law and other vital areas. The technology cannot be harnessed productively, they say, without new rules and new approaches to legal thinking.

In addition to his faculty position at Cardozo, Wright is also the director of the Cardozo Technology Startup clinic, which enables Cardozo students to work as legal advisors providing free legal services to small startup companies. He is also founder and co-director of the Cardozo Blockchain Project and chair of the Enterprise Ethereum Alliance Legal Industry Working Group.