Zimmerman Is Reviewed and Interviewed Cwilich Has a Productive Sabbatical 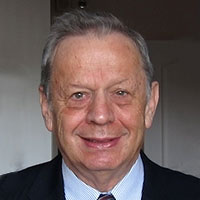 Dr. Mordecai Paldiel, adjunct professor in Jewish history, is working with Nathan Stoltzfus, Dr. Dorothy and Jonathan Rintels Professor of Holocaust Studies at Florida State University, and Dr. Volker Berghahn, Seth Low Professor Emeritus of History at Columbia University, to organize a conference at Columbia University on October 4-5, 2018, honoring the 75th anniversary of the Rossenstrasse protest in 1943, when non-Jewish women demanded the release of their Jewish husbands who had been rounded up for extermination.

Titled “Confronting the Nazis: Reflections on the Forms and Dilemmas of Resistance,” the conference will feature a keynote address by Dr. Marion Kaplan, Skirball Professor of Modern Jewish History at New York University, who will analyze the predicament of Jews under the Hitler dictatorship and how far the question of gender is significant in this larger context. Two panel discussions will extend the conversation into such topics as women’s street protests in occupied France, public protests of the Red Orchestra and other resisters, Holocaust survivors and their rescuers, and mixed marriages.

For Dr. Paldiel, his primary purpose in working with Drs. Stolzfus and Berghahn on this project (with contributions by Dr. David Engel, Maurice Greenberg Professor of Holocaust Studies at New York University) is the desire to see “more and more publicity given to individual stories of the rescue of Jews by non-Jews so that these stories do not get lost as the generation of survivors are quickly disappearing and will no longer be with us. Their stories should not be lost and unknown.”

The goal of the conference fits perfectly with Dr. Paldiel’s own intellectual and academic journey. A Holocaust survivor himself, Dr. Paldiel was the former director of the Department of the Righteous Among the Nations at Yad Vashem in Jerusalem from 1984 to 2007, when he came to Stern College for Women, where he has been teaching since then. He has written several books devoted to the subject, including The Path of the Righteous: Gentile Rescuers of Jews During the Holocaust published in 1993 by the KTAV Publishing House. This past spring, he worked closely with Tova Rosenberg, director of Hebrew language studies and Israel exchange programs at Yeshiva University High Schools, on teaching a course at Stern College based on Rosenberg’s “Names, Not Numbers” program, where teams of students interview Holocaust survivors and the interviews are edited and compiled into a feature-length documentary film.