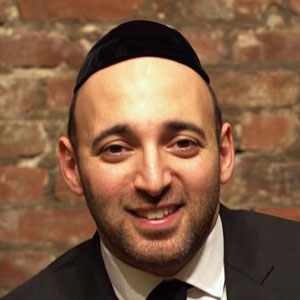 As Rabbi Hajioff notes, “The world is on edge. We read every day of radical regimes threatening the world. Anti-Semitism is on the rise and Israel is under the constant threat of annihilation from its neighbors. Yet, every day, scientists are discovering cures for diseases that have long plagued mankind. Technology has opened up the world like never before. Poverty, disease and illiteracy are on the decline.” 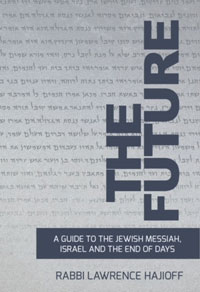 Given this conundrum, is a person to conclude that the world is on the path to inevitable destruction or that humanity is progressing to something very new and great?

“More than anything else, Mashiach [the Messiah], Acharit HaYamim [end of days] and Olam Habah [the world to come] were topics I received the most questions on from students,” he observed. “I decided to prepare a few classes on the topics, and the more I taught, the bigger the discussion became until I created an entire semester of classes on the subject matter.” Rabbi Hajioff also recorded some of the classes and posted them on YUTorah.org, which prompted emails from past YU students and people all over the world (Jews and non-Jews alike, some even from Trinidad and Tobago) asking for more information and a book on the topic.

“I hope very much that readers appreciate that Judaism is rich with information on the future Messiah,” he observed, “and what I want the readers to come away with is that when they pray, they’ll have a much clearer understanding of what they’re asking for.”