Shatz Publishes About the Rav, the Commandments and the Challenge of Evil 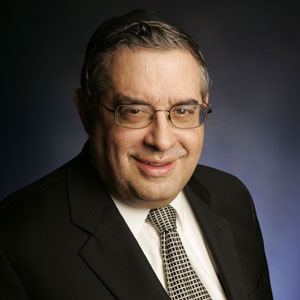 Dr. David Shatz, Ronald P. Stanton University Professor of Philosophy, Ethics, And Religious Thought and chair of the department of philosophy at Stern College for Women, has had a productive 2018.

He published a 62-page article, “Contemporary Scholarship on Rabbi Joseph B. Soloveitchik: Where We Are, Where We Can Go,” in Scholarly Man of Faith: Studies in The Thought and Writings of Rabbi Joseph B. Soloveitchik (co-published by Bar-Ilan University Press and Yeshiva University Press in 2017). He describes the volume, and his contribution to it, as “an analytical review of literature on Rabbi Soloveitchik by academic scholars.”

This month, he will publish “Between the Ritual and the Ethical: Mastery Over the Body in Modern Theories of Ta’amei ha-Mitsvot,” to appear in Dine Israel, a yearly journal dedicated to publishing articles on Jewish Law and halacha [Jewish law] from various standpoints. “The Hebrew phrase,” Dr. Shatz explained, “can be rendered as ‘Reasons for the Commandments.’ The paper grew out of a conference at the Benjamin N. Cardozo School of Law and argues that the increased significance of embodied life in modern thought affects the understanding in certain thinkers of the reasons supporting the commandments.”

In June, he presented a paper at a conference at the University of Haifa on “Philosophy of Religion.” Titled “Eschewing theodicies,” it evaluated the resistance of some philosophers to seeking to solve the problem of evil. (A theodicy is an attempt to answer the question of why a good God permits the manifestation of evil.)

The next month, in July, he participated in a small workshop at the University of Illinois in Chicago on the subject of “Constructive Jewish Theology.” “Strangely,” Dr. Shatz noted, “the concept of God has somewhat faded from contemporary religious thought, and the workshop was a step toward restoring it.”