Stewart Has a Prolific Year 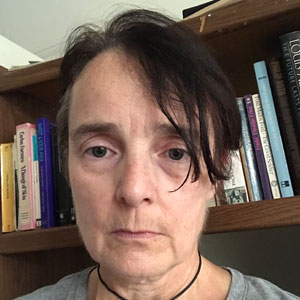 Dr. Elizabeth Stewart, associate professor of English at Yeshiva College, has had a productive 2018.

She has been invited to contribute an essay to differences: A Journal of Feminist Cultural Studies, published by Duke University Press, titled “Unheimlichkeit in Kinderheim and Stammheim: Memories of Baader-Meinhof.” In the essay, says Dr. Stewart, “I analyze the work of Michael Haneke, Elfriede Jelinek, Christian Petzold, and Gerhard Richter to understand the complicated entanglements of successive generations in the German postwar period. Still today, these entanglements continue to be haunted by the postwar generations’ relationships to the so-called ‘Auschwitz generation,’ feeding a highly complex and explosive German historical memory.”

In a similar vein, she has been invited to contribute a chapter to Knots: Literature & Psychoanalysis after Lacan, edited by Jean-Michel Rabaté (for publication in 2019 by Routledge Press). “My chapter is entitled ‘Psychoanalysis and the Social Bond’ and presents readings of German post-war writing by the Austrian poet Ingeborg Bachmann and the German-Jewish poet Paul Celan.” She will also be presenting a paper, “Martin Luther’s Terror and Bliss,” at the “Social Pathologies of Contemporary Civilization 2018” conference, held at University College, Cork, Ireland, from November 2-3, 2018.

“These three items,” Dr. Stewart notes, “are shortened versions or elaborations of my present book project on representations of subjectivity, social bond and ‘fugue states’ in modern German literature, film and music.”

A major portion of Part 1 of her book Catastrophe and Survival: Walter Benjamin and Psychoanalysis, “Psychoanalytic Benjamin,” has been translated into Portuguese: “Walter Benjamin e o Martírio: Trauerspiel,” in Walter Benjamin e Sigmund Freud: encontros contemporâneos. Série Filosofia Interdisciplinaridade (Ricardo Timm de Souza; Manuela Mattos; Bruna de O. Bortolini; Marcos Messerschmidt [Orgs.]). “Latin America, Brazil in particular, has for a while been on the leading edge of developments in contemporary psychoanalytic theory. My linking psychoanalysis and the work of Walter Benjamin in my book in 2010 threw new light on the intersection, and now work on this topic has spread from the United States and Europe to Latin America.”

For a second year in a row, she worked as an Expert Reader for the National Endowment for the Arts, Literature & Arts Education Division, Translation Grants, reading and evaluating submissions for translation proposals (from German to English). She has also translated two novels and five plays for a German novelist/playwright.