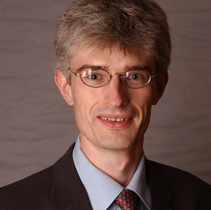 Dr. William Stenhouse, associate professor of history and chair of the department of history at Stern College for Women and Yeshiva College, has presented his work this year at the Universitat Autònoma de Barcelona, Spain; Columbia University; Princeton University; and the annual meeting of the Renaissance Society of America (RSA) in Toronto, Canada, held from March 17 to 19, 2019.

“I explore the various ways in which people have studied and interpreted the ancient Roman world,” explained Dr. Stenhouse, “with a special focus on 16-century renaissance scholars who worked on Roman archaeology and history. The talks that I have given in the last few months all engage with that theme.”

In Barcelona, Dr. Stenhouse spoke at a conference that looked at the making and influence of Epigrammata Antiquae Urbis, a printed collection of Roman inscriptions published in 1521 by Giacomo Mazzocchi. “I’ve been looking at copies of the books in Europe and the United States whenever I’ve visited libraries that own it. A lot of these books feature notes and additions made by their owners, so we can get a good idea of how the book was read.”

He spoke about copies in U.S. libraries and showed how a tourist, an architect and a poet used their copies as well as giving a good idea of how Roman historians worked with the book. “I’ve written a brief report of what I have found for Chronos, the student history journal, which should be out soon.”

At Columbia, he spoke about Pirro Ligorio (1513-83), an artist and scholar who drew Roman remains and discussed them for a pair of proposed encyclopedias. “Unfortunately for modern archaeologists, he put his imagination to work: he seems to have made up about 3,000 inscriptions and an equivalent number of coins, so I discussed how we can make sense of his creative response to antiquity today.”

At both the RSA and Princeton University, he gave two papers about “antiquaries and oral sources,” discussing how historians used the evidence of 16-century customs and folk memory for information about the ancient world. “One scholar reported, for example, that Scottish doctors went to collect spring flowers by Hadrian’s Wall because they knew that Roman doctors had planted them there 1,500 years before, and so they could use them for herbal remedies.”

Another scholar, Dr. Stenhouse noted, “saw an illustration of a goose next to the pagan deity Isis in a calendar that recorded there was a festival of Isis at the beginning of December. He knew that Christians in northern Italy ate geese on November 1, and so he argued that the Christian holiday was derived from the worship of Isis.” Stenhouse told his audiences that “all this can seem quite far-fetched, but it gives a good idea of how historians in the 16th century were trying to use as many sources of information as possible in their research.”