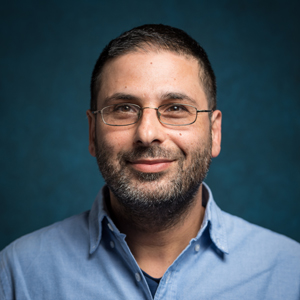 Dr. Ariel Malka, associate professor of psychology, received one of the 2019 Top Paper Awards given by the Political Communication Division of the International Communication Association for a conference paper co-authored with Dr. Bert Bakker, assistant professor of political communication at the University of Amsterdam, and Dr. Yphtach Lelkes, assistant professor at the Annenberg School for Communication at the University of Pennsylvania, titled “ An Expressive Utility Account of Partisan Cue Receptivity: Cognitive Resources in the Service of Identity Expression.”

Dr. Malka explained that many Americans are inclined to adopt their attitudes toward political issues merely because the elites associated with their parties—such as officeholders—support those positions. “In this research,” he explained, “we examined which type of person is most likely to follow party leaders when deciding where they stand on a political issue. We did this through a series of survey experiments that described an issue to a set of respondents, and then randomly determined whether the policy was said to be supported by Republicans, Democrats, or other groups of unspecified political leanings. We also measured individual characteristics like propensity to think effortfully and how strongly one identifies with one’s political party.”

What their research suggested was that people more often follow their party leaders as a way to express a valued identity than as a way to compensate for low cognitive resources. This conclusion, he noted, “fits with an emerging theme in political science that explains rising American polarization as a consequence of people’s identity-based allegiences to their partisan groups. This is not a very optimistic view, because it suggests that partisans in the general population can be manipulated by their leaders into joining a wide-ranging ideological conflict, and that an inclination to think carefully about politics will not necessarily ameliorate this.”

Their work was cited by Thomas Edsall, a columnist for the New York Times, in a piece he wrote on March 13, 2019, titled “No Hate Left Behind: Lethal partisanship is taking us into dangerous territory.” (Please note that the article is behind the newspaper’s paywall.)

Since the time of the award, the three authors have done further research and incorporated their findings into a new paper titled “Understanding Partisan Cue Receptivity: Tests of Predictions from the Bounded Rationality and Expressive Utility Perspectives.” The paper was recently accepted for publication in The Journal of Politics.