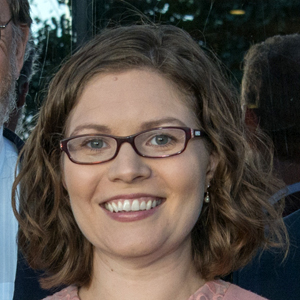 Dr. Elizabeth Seng, associate professor at Ferkauf Graduate School of Psychology and research associate professor in the Department of Neurology at Albert Einstein College of Medicine, gave the inaugural Early Career Award Lecture at the American Headache Society conference, held from July 11-14, 2019, at the Pennsylvania Convention Center in Philadelphia.

The Early Career Lecture Award was awarded by the American Headache Society to Dr. Seng for her paper, ““Does Mindfulness-Based Cognitive Therapy for Migraine Reduce Migraine-Related Disability? Results from a Phase 2b Pilot Randomized Clinical Trial,” considered by the Society as “the best paper on headache, head or face pain, or the nature of pain itself written by an early career author.”

“It was extraordinarily surprising for this neurology organization to give the first of this new award type (an early career version of our major science award, the Harold G. Wolff Lecture Award) to a psychologist,” said Dr. Seng.

Her lecture, based on the paper, described how the research for it began when she wanted to investigate accounts that more than 50 percent of patients with severe headaches report using complementary approaches, such as relaxation techniques or biofeedback, to augment medical treatment for migraine. “I was fairly skeptical, but I really wanted to understand what many patients were already using,” said Dr. Seng.

Her research team, consisting of current and graduate YU students as well as colleagues at Einstein, devised an experiment with 60 adults with migraine. Their results showed that these complementary techniques were effective but moreso for people with episodic rather than chronic conditions, a finding that they did not anticipate. “It’s fun when your hypothesis is not only wrong but opposite,” Dr. Seng said.

The paper has been accepted for publication by Headache, the journal of the Society. Other accounts of the work can be read on Medscape, MEdge, Healio, NeurologyLive and Practical Neurology.

Dr. Seng was also recently made associate professor at both Ferkauf and Einstein, “so this award is just icing on the cake!”