Dr. Edward Belbruno is Painting the Way to the Moon 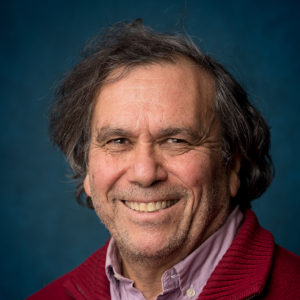 Dr. Edward Belbruno’s incredible story of how he discovered a new way of space travel through his art is featured in the documentary Painting the Way to the Moon that will be screened at Agora Gallery, 530 West 25th Street, on Thursday, Nov. 14, 2019. Popular astrophysicist and science communicator Neil deGrasse Tyson will join Dr. Belbruno at the screening during an exhibition of the artist’s work at the gallery. (Order tickets here.)

Dr. Belbruno is clinical professor of mathematics at Yeshiva College, whose research and personal interests literally span studying the Big Bang singularity to being a professional painter with regular exhibitions in the United States and Europe. Painting the Way to the Moon tells Dr. Belbruno’s story of working at NASA’s Jet Propulsion Lab by day and making space-inspired paintings by night.

In his free time, he became obsessed with answering the question, “Can you go to the moon without using your engines?” For over five years he toiled to find a solution, but it wasn’t until he turned to his oil paints and canvas that he made his breakthrough. Dr. Belbruno’s paintings have sparked ideas for scientific discoveries and mathematical formulas, and he has made incredible breakthroughs via visually stunning abstract expressionist images.

“I’m thrilled to have a screening of Painting the Way to the Moon at Agora Gallery, along with an exhibition of my art, and I am honored that this film has showcased my achievements and proud
that my work is a bridge between both the arts and sciences,” said Dr. Belbruno.

Tyson, director of the Hayden Planetarium at the Rose Center for Earth and Space in New York City, wrote the foreword for Dr. Belbruno’s book, Fly Me to the Moon: An Insider’s Guide to the New Science of Space Travel. “Ed Belbruno is a reminder to us all that art and science are two sides of the same coin of human creativity,” noted Tyson.

Dr. Belbruno was awarded Germany’s prestigious Humboldt Research Award in 2017 for his achievements in mathematics. He was also a key figure in the rescue of a Japanese lunar probe in 1991, confirming his theory of utilizing new types of low fuel trajectories for spacecraft.