Dr. Lisa Chalik Investigates the Social World of Children Dr. David Lavinsky Presents at a Conference in London and Publishes a Paper 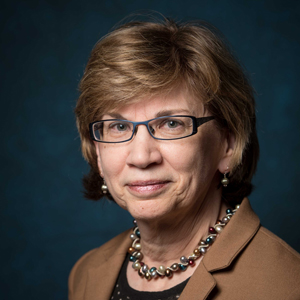 On Oct. 5, 2019, Dr. Linda Shires, David and Ruth Gottesman Professor of English Chair, Stern College for Women and division head for humanities, lectured at an invitation-only symposium at Princeton University, “A Single Drop of Ink for a Mirror: A Symposium on Nineteenth-Century Literature and the Visual Arts.”

The topic of her lecture, “Image > < Text: Kipling’s Just So Stories,” is part of a chapter in a book on which she is working on self-illustrated texts of the Long Nineteenth Century.

“The Long Nineteenth Century is a term coined by British historian Eric Hobsbawm and Russian Literary critic Ilya Ehrenburg,” said Dr. Shires. “It refers to a progression of ideas put forth in the period from 1789 to 1914, beginning with the French Revolution and ending with World War I, ideas that shaped the nineteenth century.”

The relationship of image and text has always interested her. Her last single-authored book, Modes of Viewing and Knowing in Nineteenth-Century England, treated the issue of optics and perspective in literature and art of the period.

“Illustration is a standard element of 19th-century British periodicals, fiction and poetry, due to the rise of print technologies, literacy and a middle class that could afford books and magazines,” she observed. “The demand for illustrated books was very high, so printers and artists developed new techniques for mass production as the century continued.” For example, Charles Dickens worked with illustrators such as George Cruikshank for his serialized novels, and some artist-writers, such as Dante Gabriel Rossetti, paired their own poems with paintings in what has been called “double art.”

“The ‘self-illustrated’ part of self-illustrated texts refers to those writers who were also illustrators and who, in one or more key literary accomplishments, provided their own illustrations, such as William Blake, William Makepeace Thackeray, Rudyard Kipling, Thomas Hardy and Beatrix Potter, or those who sketched their own illustrations first and then worked with another illustrator for print copy, such as Lewis Carroll or Christina Rossetti.”

This interests her because “the relationships between image and text in these composite works are from a single imagination. The images do not just ‘represent’ something in a text but work organically in multiple ways and on multiple symbolic and literal levels to convey a complex set of meanings.”