Dr. David Lavinsky Presents at a Conference in London and Publishes a Paper 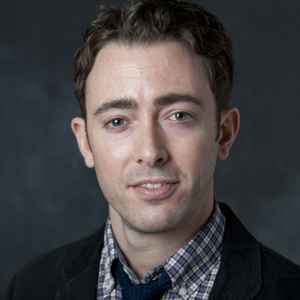 Dr. David Lavinsky, associate professor of English at Yeshiva College, gave a talk at the Biennial London Chaucer Conference, organized by the Institute of English Studies at the University of London, from June 28-29, 2019. The conference topic was “Chaucer and Europe,” and Dr. Lavinsky’s talk, “Chaucer, Machaut, and the European Periphery,” dealt with Chaucer’s knowledge about the siege of Alexandria under Peter the I of Cyprus and Peter’s assassination in 1369. “The work for the conference paper,” he noted, “stemmed from preparing to teach a YU summer course on travel narratives (Frontiers and Borders: Travel Writing Through the Ages) that touched briefly on accounts of the crusade.”

Dr. Lavinsky also has a paper coming out in 2020 for a special issue of Mediaevalia that looks at a set of English gospel commentaries and translations from the late 14th/early 15th centuries. “The topic for the essay,” he explained, “came from my book, The Material Text in Wycliffite Biblical Scholarship: Inscription and Sacred Truth, published by Boydell in 2017. It considers a particular case in which an imprisoned preacher, William Thorpe, seems to have found the gospel commentaries and translations significant in defending himself during interrogation. It also touches upon some recent debates about the extent to which academic commentaries and other texts that we might consider ‘scholastic’ in nature circulated beyond learned audiences.”