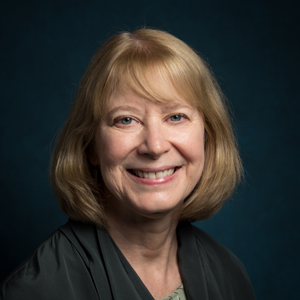 Dr. Paula Geyh, an associate professor of English at Yeshiva College, attended the annual Association for Philosophy and Literature, sponsored this year by the Alpen-Adria-Universität Klagenfurt in Austria. The conference aims to bring together scholars from different disciplines to explore a range of philosophical and critical/theoretical issues. “This is a good conference for me because my research and scholarship tend to be very interdisciplinary,” including the disciplines of literature, history, philosophy and visual arts.

“The (very broad) theme this year was ‘Truth, Fiction, Illusion, Worlds and Experience,’” said Dr. Geyh, “and my paper was part of a panel entitled ‘Reality and the Postmodern.’” The paper, “Ishmael Reed’s Counterhistory: Evidence, Indeterminacy, and Narrative,” examined how Reed uses historical visual images and documents in his novel Mumbo Jumbo in a way that “compels readers to struggle with the suspect nature of historical evidence and question the reliability of the conflicting historical narratives constructed through it.”

The conference gave Dr. Geyh a chance “to present and exchange ideas with other scholars with similarly interdisciplinary interests and get feedback on work-in-progress; I learned a lot.”

Below is the text of her paper proposal.

Ishmael Reed’s Mumbo Jumbo (1972), a rewriting of American history from an African-American viewpoint, was one of the first postmodern historiographic metafictions. Reed’s text is both a critique of received history and a counterhistory that reimagines American history as an epic struggle pitting the repressive forces of monotheistic Atonism, the “white-washed” history of the U.S. and its white-dominated power structures, against the polytheistic, African-born creative spirit of “Jes Grew” and the Harlem Renaissance it inspires.

To create this counterhistory, Reed mixes reproductions of authentic documents, news clippings, and photographs, all potentially functioning as historical “evidence,” with apparently invented ones. A few, like a Cotton Club program, are easily identifiable or, like the photograph of Duke Ellington’s orchestra, glossed in the text. In other cases, such as the uncaptioned photograph of a 1960s Black Panthers march that is embedded in a discussion of a 1920s plot against Jes Grew, readers must deduce (or create) the connection. The identity of many other images, however, remains obscure, as does their relation to the narrative. Reed puts the reader in the position of a historian who attempts to identify artifacts from the past and decide on their interpretation, while contending with conflicting or incommensurable evidence and the impossibility of creating a cohesive history from it all.

This paper examines how the text’s unidentified images compel readers to struggle with the suspect nature of historical evidence and question the reliability of the conflicting historical narratives constructed through it, thus making us confront the indeterminacy—and multiplicity—of history. As a result, there emerges not only a radical questioning of conventional historiographies and the suggestion of alternative ones, but a literary critique of our concepts of history and of the nature of historical truth. A new literary practice requires a new philosophy of history.