Dr. Joy Ladin is Nominated for a Fellowship and Other Good News Daniel Pollack on Filing Interlocutory Appeals in Child Custody Cases

The growing population of asylum seekers has created a political and social justice crisis in the United States. Since 2014, Dr. William Salton and Dr. Carl Auerbach, both of the Ferkauf Graduate School of Psychology, have been doing their part to solve this crisis by developing a program to teach clinical psychology graduate students about the psychological concomitants of immigration and to train them to interview and write psychological affidavits for political asylum seekers. (Dr. Salton is a clinical professor of psychology and clinical director of the Max and Celia Parnes Family Psychological and Psychoeducational Services Clinic; Dr. Carl Auerbach is an emiritus professor of psychology at the Ferkauf.) 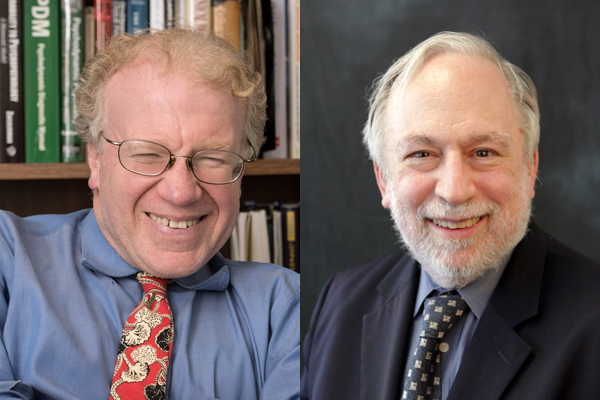 In a recent article in the Journal of Infant, Child, and Adolescent Psychotherapy, they describe “how we began the program, its current structure, and the challenges and benefits of the program for both the instructors and the students. Our hope is that other mental health professionals will find our work helpful in setting up programs of their own.”

Their program, comprised of class and practical work, has three major sections. They first teach the students “about the cultural and psychological worlds of the political asylum seeker as well as the nature of the traumas the asylum seekers have endured.” This often includes discussions about resilience, exclusionism, diagnostic criteria and world politics.

After teaching this theoretical material, “we bring in ‘real’ asylum seekers to our training clinic to be evaluated. Then we supervise students writing detailed, cogent and evocative psychological affidavits.” The students also learn to work collaboratively with the lawyers involved in these asylum cases, and sometimes they are present in court for the actual asylum proceedings.

Despite the challenges the program has faced, “we find this work to be some of the most invigorating and valuable experiences of our teaching and clinical careers. Our students repeatedly told us that we provide them with experiences that they will never forget….Being in the asylum program also changes the way the students look at the world and their places within it. They tend to re-evaluate their cultural heritages and even sometimes their sense of privilege through new and different eyes. They also appreciate the relative sense of freedom that living in the United States gives them. Finally, they perceive ‘foreigners’ as people with unique stories and traumas.”

To this point, the asylum program has achieved real and distinct triumphs. “At the time of this writing, all of the asylum seekers whom we have evaluated and who have had hearings or trials have been granted asylum and they are now living in the United States without fears of deportation. We hope that this trend will continue, despite the many potential obstacles that lie ahead.”