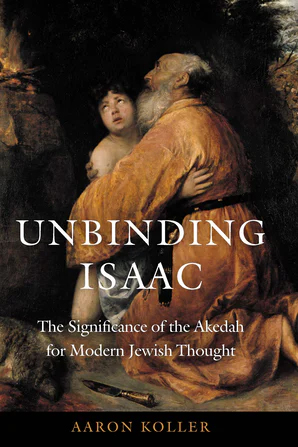 Dr. Aaron Koller’s new book, Unbinding Isaac, is a bold and timely essay on the Akedah [the binding of Issac]. Taking a tour through the vast trove of Jewish responses to this most famous of stories, the book argues that modern Jewish thought has been heavily and unfortunately influenced by the Danish theologian Søren Kierkegaard. Rather than a theology of submission to a potentially violent divine will, Dr. Koller argues that the climax of the story is the command to release Isaac, yielding the conclusion that one person’s religious fulfillment cannot come through harm to another.

Dr. Koller had two book launches on Zoom, on Wednesday, June 24, and Thursday, June 25. At both, Dr. Koller, who is professor of Near Eastern studies and chair of the Robert M. Beren Department of Jewish Studies, began with some highlights from the book and the key ideas, followed by time for questions and answers and discussion.

The book is for sale now.