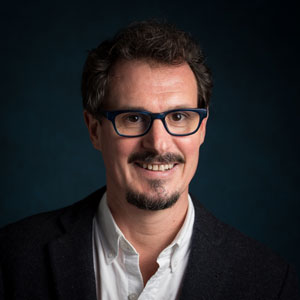 Dr. Bruno Galantucci, associate professor of psychology, partnered with Eliyahu Spivack and Nathaniel Paley, two psychology majors at Yeshiva College, and Benjamin Langstein, a fourth-year student at Ferkauf Graduate School of Psychology, to publish “Repair Avoidance: When Faithful Informational Exchanges Don’t Matter That Much” in Issue 44 of Cognitive Science. Their research found that the Faithfulness Assumption in communication—that people engage in faithful exchanges of information—may, in their words, be a “misleading” assumption: “Communicating faithfully is a substantially demanding task, and people often fail at it.”

Here is the abstract of the article. Full text can be found here.

Common‐sense intuition suggests that, when people are engaged in informational exchanges, they communicate so as to be reasonably sure that they perform the exchanges faithfully. Over the years, we have found evidence suggesting that this intuition, which is woven into several influential theories of human communication, may be misleading. We first summarize this evidence and discuss its potential limitations. Then, we present a new study that addresses the potential limitations. A confederate instructed participants to “pick up the skask” from a tray containing six objects and move it to a specific location. Since skask is a non‐word invented by us, participants had to ask for clarification to perform the instruction faithfully. In contradiction with the intuition that people pursue faithfulness when engaged in informational exchanges, 29 of the 48 participants we tested performed the instruction without asking for clarification. We identified a possible cause for this behavior, which occurred more frequently when avoiding the clarification was unlikely to result in an overt consequence (an error in the execution of the instruction that could be noticed by the confederate or the experimenter). Other factors such as individual differences and the specific interpersonal dynamics of the experimental settings, if they played a role at all, did it to an extent that is unlikely to be comparable to that of the role played by overt consequences. Considered together, our various assessments of the extent to which people engage in faithful informational exchanges converge on a simple conclusion: Communicating faithfully is a substantially demanding task, and people often fail at it. We discuss the implications of this conclusion and speculate on its relevance for understanding the evolutionary past of human communication.