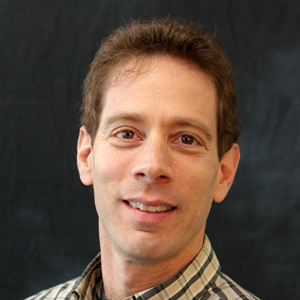 Dr. Roee Holtzer is a professor and director of the Clinical Psychology Health Emphasis Ph.D. program at Ferkauf Graduate School Of Psychology as well as a professor in the Department Of Neurology at Albert Einstein College Of Medicine. He has co-authored a study with Daliah Ross, a Clinical Psychology Ph.D. student at Ferkauf, and Dr. Meltem Izzetoglu, assistant professor in the Department of Electrical and Computer Engineering at Villanova University, in the Nov. 12, 2020, issue of Psychology and Aging.

Participants in the study were identified from population lists of lower Westchester County, New York, and selected through a process that included interviews as well as  neuropsychological, psychological, functional  and mobility assessments.  They were asked to perform two single tasks (single-task-walk and single-task-alpha) and one dual task (dual-task-walk).

Their neural activity was measured using functional near-infrared spectroscopy (fNIRS), which Dr. Holtzer explains is a noninvasive, optics-based neuroimaging modality that can assess changes in brain-activation patterns in natural environments under various experimental conditions by using light in the near-infrared range to quantify changes in oxygenated hemoglobin (HbO2) and deoxygenated hemoglobin (Hb).

The results of the study showed that intraindividual variability in neural activity during active walking was increased in the dual-task condition compared to the two single tasks; moreover, the increase in intraindividual variability in neural activity across task conditions was greater among men and persons with cognitive impairments. Greater within person variability in brain activation patterns when coupled with similar or worse walking performance, as reported in this article, is suggestive of inefficient utilization of brain resources. “The implications of these findings,” said Dr. Holtzer, “for the assessment of older adults at risk of developing mobility and cognitive decline and disability should be examined in future research.”