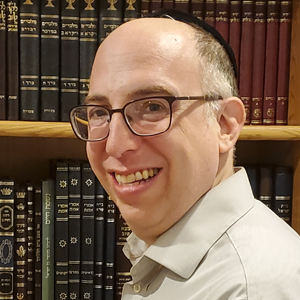 Dr. Joshua Karlip is associate professor of Jewish history and Herbert S. and Naomi Denenberg Chair of Jewish Studies at Yeshiva University. He has taught in the Bernard Revel Graduate School of Jewish Studies, Yeshiva College and Stern College for Women.

After an international competition, he has been awarded a prestigious two-year research grant by the Jewish Museum and Tolerance Center in Moscow for his book project, Rabbis in the Land of Atheism: The Struggle to Save Judaism in the Soviet Union. Founded in 2012, the Museum, according to its website, was created “to provide a creative and interactive environment for a dialogue of different cultures.” In twelve thematic segments, the Museum tells the story of Russian Jewry from the 18th century through the present, with an emphasis on the interactions of Jews and Jewish culture with “the core events Russian history.” He won the research grant in the field of “Academic Research in the Field of History and Culture of Jews in Russia (pre-Peter the Great Russia, Russian Empire, USSR, and post-Soviet countries).” The grant runs from 2022 through 2024.

“Rabbis in the Land of Atheism will explore the largely unknown writings of rabbinic thinkers and activists in the interwar Soviet Union,” Dr. Karlip explained. “In sermons, hasidic addresses, essays, halakhic responsa, and correspondence, they sought to forge a theology that could explain the existence of a powerful, militantly atheistic regime hostile to traditional Judaism. At the same time, they also sought to preserve traditional observance and belief amongst Soviet Jews despite growing Jewish identification with the regime, both coerced and voluntary.”

This winter, he plans to use the funds to travel to Jerusalem, where he will mine the archive of Odessa’s interwar chief rabbi, Rabbi Shimon Ya’akov Gliksberg, housed at the National Library of Israel. “During the 1920s, Rabbi Gliksberg publicly debated Anatoly Lunacharsky, the first People’s Commissar for Education in the Soviet Union, on issues of faith,” noted Dr. Karlip.

Next summer, he plans to travel to Moscow to explore rabbinic collections in the archives of the former Soviet Union. For the second year of the award, a portion of the grant will go toward preparing a Russian translation of the forthcoming book so that contemporary Russian Jews can read the story of the spiritual struggles of their ancestors.

“This award comes on the heels of my having received a book grant this past spring from a Moscow-based center for Jewish history: the SEFER Center for University Teaching of Jewish Civilization,” Dr. Karlip said. “I am deeply honored that my attempt to recover the silenced voices of Soviet rabbis has elicited interest amongst their spiritual and physical heirs: members of the Jewish communities of the former Soviet Union, who are intent upon realizing the long-deferred dream of Jewish religious renaissance in their birthplace.”