From its very founding as one of the earliest Spanish imperial outposts in the Americas, Panama has always been a global point of encounter and exchange, continued into the modern era with the building of the Panama Canal linking Asia to the Americas and Europe. 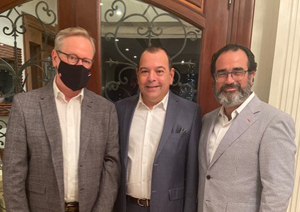 This status of Panama as a worldwide meeting place was reaffirmed for me when I had the chance to visit Panama City on Wednesday, Oct. 20, 2021, to give a talk at the home of Isaac and Bety Btesh on “De Sefarad al Nuevo Mundo: La Expulsión y La Diáspora Global [From Sefarad to the New World: the Expulsion and the Global Diaspora].” They had invited a select group of friends passionate about Jewish history to be my audience, and together we explored the path to expulsion and the diasporic rebirth of the Jews of Spain and Portugal.

We traced the twisted paths out of Iberia and towards the Americas, and along the way, we considered the socio-economic and psychological factors that shaped this complex story. Panama has historically been a tolerant and welcoming place, especially for those with an entrepreneurial spirit. In addition to Chinese and Jamaican immigrants who came to work on the canal, Portuguese Jews from nearby Curaçao—at the time one of the most prominent Jewish communities in the Americas—settled in Panama, quickly entering the commercial and political elite. These Jews were followed by intrepid merchants from Syria and the wider Ottoman Empire, who would go on to form one of the most vibrant Jewish communities in the Americas today. 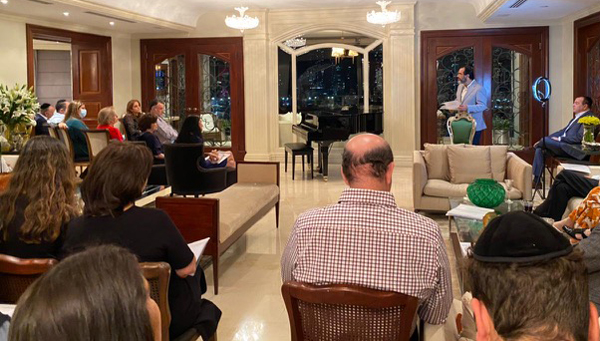 Most people in the room had a direct connection to this history. There were people who can trace themselves back to the first Jews to settle in Panama in the 1850s, and Jews who themselves came to Panama from Syria and Turkey, either descendants of the Spanish exiles of the 16th century or the proud Jews of Aleppo who welcomed the Sephardic exiles to their millennial home in Syria 500 years ago.

I met people whose family found refuge and opportunity in Panama after meandering paths through the world to Israel, England, Jamaica, Istanbul and Izmir. And Ashkenazi Jews who grew up in a predominantly Sephardic and Syrian community, appreciating the depth and power of this wider story for world Jewry.

At YU, we have been blessed to have students from Panama for decades. In the last few years, their undergraduate numbers have grown, and it is common to hear students speaking to each other in Panamanian-accented Spanish as they walk to class. I have been lucky to have many Panamanian students alongside others from the wide-ranging Latin American Jewish Diaspora, from Mexico, Argentina, Peru, Venezuela and Brazil, to name just a few.

These students come to YU for what makes YU unique in the world: Torah learning at the highest level, top-notch academics and a warm, welcoming Jewish community. But these students also bring something special to our school: They give us all—students and teachers—the chance to hear new perspectives and appreciate different narratives as we all engage with same questions and challenges and try to grow intellectually, professionally and spiritually.

We are connected in more ways than one, and our own moment of global integration, of connections beyond borders and languages, all have a precedent in our past. This is not the first global age! And as we see new bridges being built between Israel and the wider Islamic world, it is good to remember that Jews were a vibrant part of the Middle East and were essential conduits for commerce and ideas wherever they made their home in the Diaspora.

YU serves as a central hub for the global network of diasporic communities; YU’s values—deep commitment to Torah and the Jewish people along with a dynamic engagement with the world around us—can inspire Jews all over. But the YU community can also learn from other global Jewish centers about how to build community, impact our societies and thrive Jewishly.