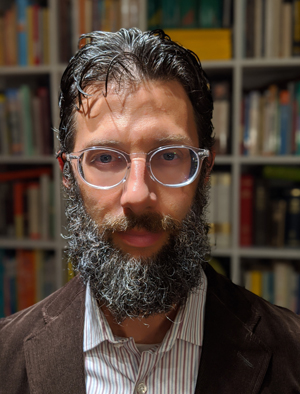 Cambridge University consists of dozens of colleges. Gonville & Caius College (Caius is pronounced KEEZ), founded in 1348, is the fourth-oldest of the colleges. The College offers one Cook-Crone Bye-Fellowship each year, in one of four fields (Biblical studies; comparative religion; ancient near Eastern languages and literature; history and social anthropology of pre-modern West Asia and/or the Middle East).

Dr. Koller applied in the field of ancient near Eastern languages and literature. The application called for a research proposal, including an explanation of what the candidate planned to do, what qualifications they have to carry it out, and why it would be significant. He submitted a proposal to the committee within Gonville & Caius that makes the decision detailing plans for a book on the history of the alphabet, which he has been working on for a number of years. He has published a few articles on the subject to this point, and he is hoping to use the year to write a full book that will address both linguistic and historical aspects of the alphabet’s history.

“According to the College,” said Dr. Koller, “a ‘Bye-Fellow’ receives all the benefits of a Fellow without obligation to sit on committees or to take on administrative work—in short, an academic’s dream.” Since Cambridge is an old British university, “there are other unexpected conditions, as well. For example, I am entitled to ten meals per week at the College, and rumor has it that only fellows are allowed to walk on the grass of the college.”

The fellowship also comes with access to all 125 academic libraries in Cambridge. The college provides housing, and Dr. Koller will be traveling to Cambridge for the year with his wife and two younger children.

We wish him the best of luck.