Dr. Peter Nandori, assistant professor of mathematics at Stern College for Women, has been awarded a three-year grant of $164,215 from the National Science Foundation (NSF) for research into “Hyperbolic Dynamics in Physical Systems and Ergodic Theory.” This is his second NSF grant, having received one in 2018 to study the “Statistical Properties of Hyperbolic Dynamical Systems and Applications to Statistical Physics.”

He received both his M.S. and Ph.D. in Mathematics from the Budapest University of Technology and Economics and has had a vigorous career of writing, presentations and teaching on multiple subjects in the field of mathematics.

YU News had the chance to speak with him about his new grant and his goals in this new round of research.

Can you explain to a layperson what “Hyperbolic Dynamics in Physical Systems and Ergodic Theory” means?

Mathematicians study abstract concepts that are, at least ideally, derived from real life but usually become interesting on their own. The field of dynamical systems includes any system that changes over time according to a prescribed set of rules. These may be as simple as a wheel rolling or as complex as the climate of the Earth.

Traditionally, dynamical systems apply a geometric point of view while the related field of ergodic theory applies a more abstract, measured theoretic point of view. A leading expert of ergodic theory is YU alumnus Hillel Furstenberg. In this grant, I will study systems that are hyperbolic, meaning that there is a nice geometric structure and both present and past behavior depend dramatically on initial conditions. A very simple specific example is a billiard game: if two billiard balls hit each other, then their motion depends very sensitively on the collision angle and position. The main idea of the awarded proposal is to further study the role of such hyperbolic dynamical systems in both statistical mechanics and ergodic theory. 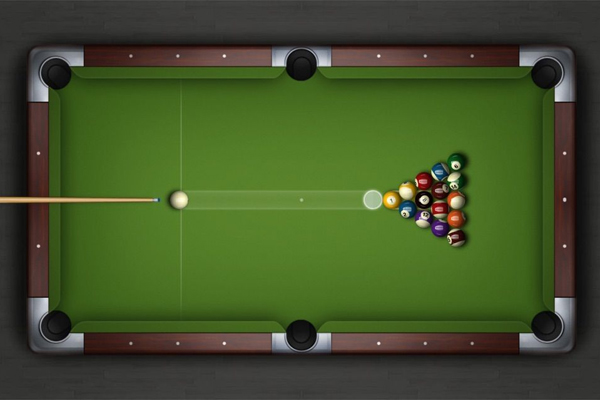 Does it have applications to the reality most of us encounter in our daily lives?

We all experience heat conduction. Physicists understood the basic principles of heat conduction many years ago, but mathematically, we still miss a rigorous theory deriving the heat equation from atomistic principles. This is a major open problem in mathematical physics. Researchers around the word try to solve this problem with several different approaches depending on what we exactly mean by “atomistic principles.” One approach, where atoms are thought of as billiard balls, will be studied in this project.

What specific research will your NSF grant be funding?

Besides the big goal of making progress towards the derivation of the heat equation as discussed above, there are several smaller, more attainable goals for the shorter term.

One class of questions is organized around billiards in high dimensions. I have some experience with two-dimensional billiard systems, and now the plan is to extend some results to any dimension bigger than two.

If YU students are involved in your research, what will be their role(s)?

I expect that YU students will join at all levels: undergrad, master’s, and Ph.D. We already started working with Xingyu Liu, a Ph.D. student in mathematics, on a problem involving high-dimensional billiards. Students can contribute to this project at any level. My earlier grant partially funded very nice work by our former undergraduate student Etta Rapp. I hope other undergraduate students will join and achieve equally nice results.

What outcomes do you expect to generate from your work (e.g., articles, conference presentations)?

I expect high-level publications, and the emphasis will be on quality instead of quantity. Still, I expect several scientific publications and research presentations. I gave a talk in Italy earlier this month and will be giving another invited talk in France in October. An important goal is to involve students in real mathematical research. If an undergrad student enjoys working on a project and subsequently decides to pursue a Ph.D. in mathematics, that would be an important outcome of this award.