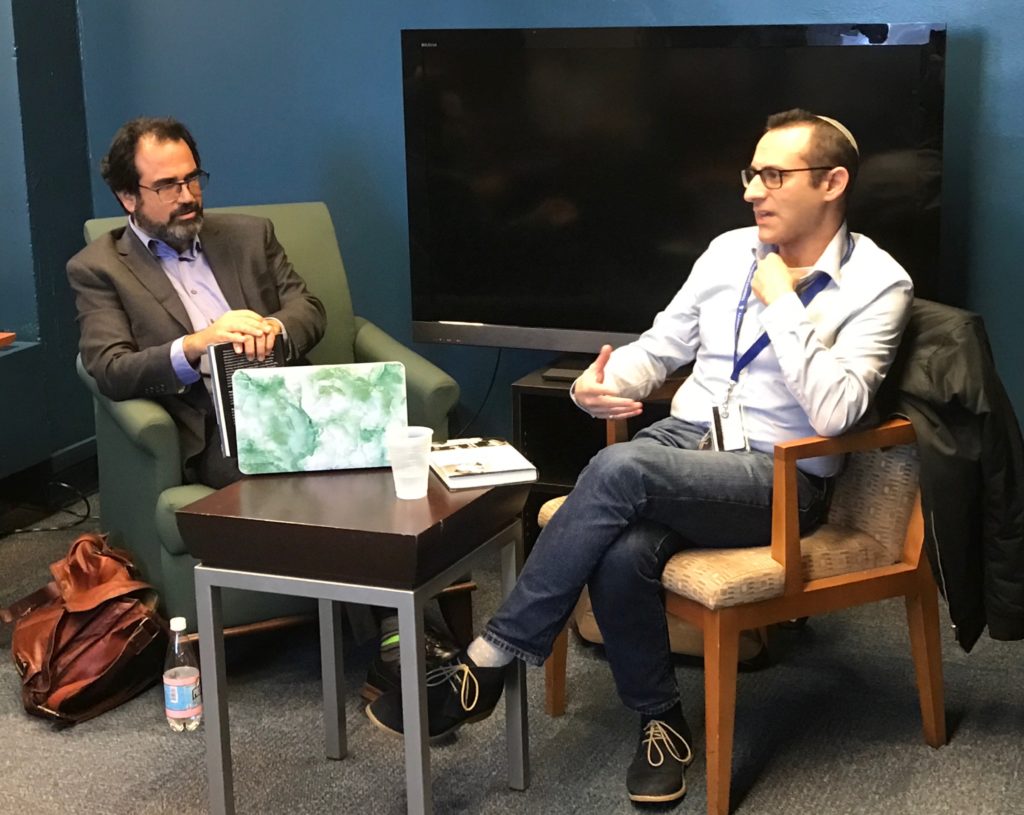 The following week, the Honors Program hosted a special guest speaker, Moshe Alafi, who presented a talk titled “How I Became a Jewish Filmmaker.” Moshe Alafi, a widely regarded Jerusalem-based Israeli filmmaker whose main interest is documentary film, discussed how his yeshiva and film training inform his work. Alafi is a graduate of Yeshivat Or Etzion and teaches at the Maaleh School of Film and Television in Jerusalem. His works range from Naf, Child of the Street (2012) to his recently installed audiovisual productions at the Burnt House in Jerusalem and Mount Gerizim National Park.