Even in a Slowing Economy, Katz Graduates are a Hot Commodity 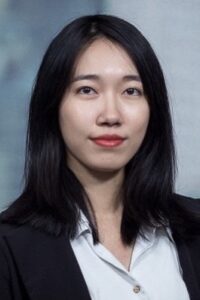 Xiaolan Li is a software engineer at JPMorgan Chase.

STEM and health programs are fueling a surge in Yeshiva University’s national reputation and rankings, and the Katz School of Science and Health has the evidence to back it up: 95 percent of Katz School graduates land high-wage jobs within six months after graduation, and half are offered jobs six months before they graduate.

Graduates of Katz School STEM programs are securing jobs at Amazon, Cartier, Deloitte, Ernst and Young, Google, IBM and JPMorgan Chase, among others, with salary offers between $92,000 and $135,000.

“Our students are knocking it out of the park,” said Paul Russo, dean of the Katz School. “The salaries are big and the companies are awesome.”

Two months after graduating with a master’s in artificial intelligence from Katz, Xiaolan Li landed a position as a software engineer at JPMorgan Chase, a multinational investment bank. Since then, she’s been developing a recommendation system for the bank’s varied lines of business using machine learning software, creating algorithms that will recommend JPMorgan’s products to current and potential customers based on their online activity.

“The system is similar to when YouTube recommends videos based on your previous history, only in my case I’m dealing with a customer’s confidential information, which makes it more complicated,” said Li.

The skills Li gained during her graduate degree prepared her for the role. “When we design a program, we do an exhaustive labor market analysis. We’re not just guessing. We know the exact skills employers are looking for,” said Dean Russo. “Our approach is validated by U.S. News & World Report, and our curriculum lines up with what employers want.”

Jesus Olivera, a native of Puerto Rico, had a job waiting for him at IBM barely a year into his master’s program in Data Analytics and Visualization. A data scientist and engineer, he helps corporate customers fill the gaps in their technology or business processes and works with data architects and scientists to create and deploy customized systems using IBM technology. 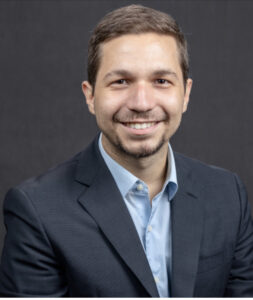 “I’m now designing and building solutions that I never thought I would,” he said. “I needed that extra level of academic experience from Katz to be able to talk about the technical side of the business at IBM with confidence.”

Kevin Suckiel, who was recently awarded a master’s degree in cybersecurity, landed a prized job at the prestigious Big Four consulting firm Ernst and Young, where he is donning the blackest of hats to crack the networks of his company’s clients.

He performs penetration testing, colloquially known as a pen test or ethical hacking, which is an authorized simulated cyberattack on a computer system performed to identify weaknesses, or vulnerabilities, including the potential for unauthorized parties to gain access to a system’s features and data. 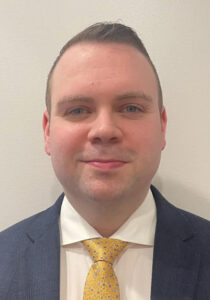 A former New York City police officer, he is used to looking at situations through the lens of an adversary. “That mindset branches over into cybersecurity, only now I’m on the electronic beat sitting behind a computer.”

Of Katz, Suckiel said, “The professors are incredible at what they do—very talented, and the curriculum provided a solid foundation.”

“Employers want new hires to have the skills needed for the job at the very beginning,” she said, “and our graduates have an edge because many students entering the job market aren’t learning these technical skills in the classroom.”