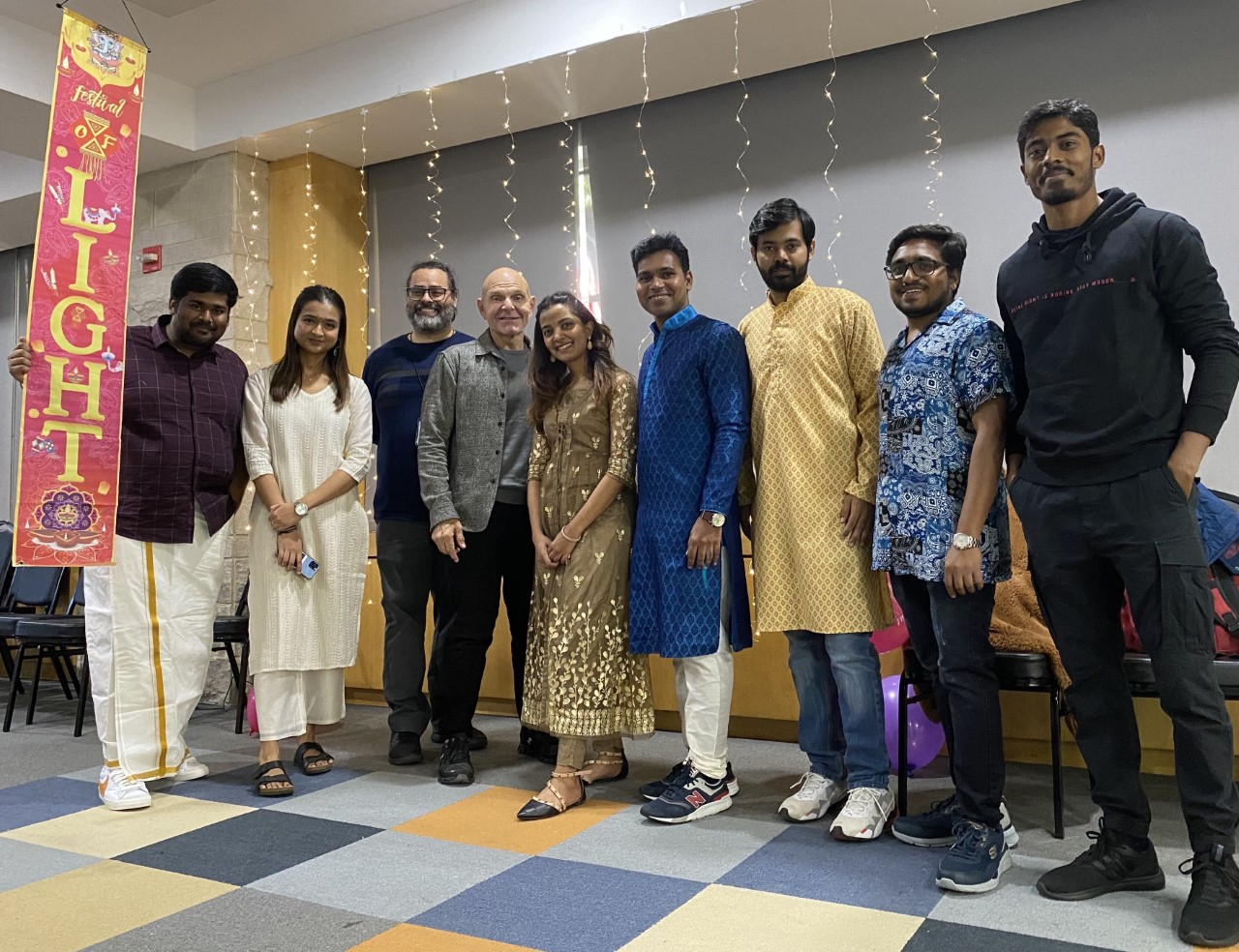 At a recent celebration of the Indian festival Diwali, Katz School students, dressed in traditional garb, danced joyously to classical Indian, or Garba, songs with their classmates. The scene, captured on Instagram, was a sign of the school’s growing community of Indian students.

Lakshmikar Reddy Polamreddy, president of the newly formed Katz School Indian Students Association (ISA), said that Diwali, the Hindu Festival of Lights, is celebrated as a sign of victory of the Lord Rama/Krishna over demons.

“It signifies that good always wins over bad,” he said. “All families come together to celebrate this with sweets and firecrackers.”

ISA, which hosted the event in late October at the school’s Midtown Manhattan campus, promotes India’s rich culture and traditions, offers support to the 36 Katz School students from India who are acclimating themselves to a new country and helps incoming students make a more seamless transition to New York City.

“This is the first time away from home for many of us, so we decided to form a student association to help maintain our ties to our homeland and our culture,” said Polamreddy, a student in the M.S. in Artificial Intelligence.

ISA’s other leaders are Vice President Vandana Makali Puttalingegowda and Secretary Bipanchy Kalita (both M.S. in Digital Marketing and Media), and Treasurer Sai Nikhil Achyuta (M.S. in Data Analytics and Visualization). Any Katz School student can become a member of ISA by emailing Polamreddy at lpolamre@mail.yu.edu.

“The crux of Indian society and culture has always been to be well-mannered, polite, respectful of others and to progress together,” said Polamreddy. “We’re excited to share our customs and traditions, which originate from ancient Indian scriptures and texts and have dictated the way of life in India for thousands of years.”

Polamreddy hails from a village near the city of Tirupati in South India, known for Sri Venkateshwara Swamy Vaari Temple, which was constructed around the year 300.

“It’s the richest, most visited temple in India,” he said. “Many educational institutions and trusts are run by the management of the temple and offer free services to the poor and differently abled people.”

Enrolling at the Katz School has fulfilled a lifelong dream of his to pursue a graduate degree in artificial intelligence in a major metropolitan city. While many newcomers might at first notice New York’s iconic buildings, the engineer in Polamreddy was intrigued by the orderliness of traffic that eludes some precincts in his hometown.

“The best part of New York,” he said, “is the design of the city, with its grid pattern of streets and avenues cutting across each other. I want to become a machine learning engineer in an R&D department for a company that produces autonomous driving vehicles, so this is the perfect place to be.”