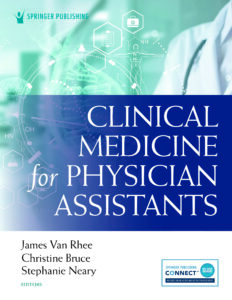 A recently published chapter on Abuse and Violence Prevention by Thomas Balga, clinical assistant professor in the Katz School’s M.S. in Physician Assistant Studies, offers clinicians a guide for the comprehensive and compassionate care of the 3 million children who are victims of abuse each year.

The federal Centers for Disease Control estimates that child abuse takes many forms, including neglect (61%), physical abuse (10.3%), sexual abuse (7.2%), emotional abuse (2.4%) and medical child abuse (0.9%). As of 2017, 37 children per thousand in the United States who had been abused were a year old or younger and an additional 11 per thousand were 2 years old.

“Clinicians in all disciplines need to be well-informed on the signs and symptoms of abuse in patients of all ages,” said Balga, whose chapter appears in the textbook Clinical Medicine for Physician Assistants, published by Springer in February. “Child abuse, domestic violence, elder abuse and sexual abuse are serious and preventable public health problems that affect millions of people.”

Child abuse, according to Balga, leads to increased rates of depression, suicidal behavior and substance abuse, and results in an increased use of social and healthcare services, a lower quality of life and a higher risk of premature death. 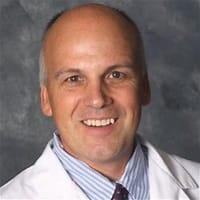 At Yale New Haven Hospital, Tom Balga helped improve the process and policies for reviewing high-risk cases and referring them to the child protection team.

Working in a busy emergency department at Yale New Haven Hospital, Balga helped improve the process and policies for reviewing high-risk cases and referring them to the child protection team.

“We meet weekly to discuss cases that range from minor burns to sexual assault to murder,” he said. “If my doctors have patients they are really worried about, they’ll come and get me.”

Boys have a higher child fatality rate than girls, and the youngest children are at the greatest risk, with 45% of deaths from child abuse occurring among infants and 70% of all child abuse fatalities occurring in children under the age of 3. In addition, 30% of children who sustained serious injuries or died had been previously seen and evaluated by a clinician, often in emergency departments.

The process of evaluating and managing a child for suspected abuse is complicated and requires a multidisciplinary approach, including emergency medical services, child abuse pediatricians, social workers, radiologists, hematologists, surgeons, ophthalmologists, child abuse and neglect advocates, and other specialists.

“Our team at Yale includes pediatricians who only specialize in abuse and neglect, so I work very closely with that team,” he said.

At the beginning of an investigation, his team collects basic information: when the injury occurred, who was present, whether the mother or father was alone with the child or other family members, and whether there is a history of trauma.

“We use different scripts and we’re careful not to judge or assign blame,” said Balga. “For example, we say, ‘The injuries that occurred to your child are not what we’d expect in this type of situation, so we’re worried that someone may have injured your child.’ Until all the data is in, we’re careful not to call it abuse or neglect.”

Poverty, poor mental health and substance abuse are the most common drivers of child abuse and neglect, but Balga cautions that abuse can occur in any social or economic group and that clinicians must remain objective.

“The one thing I’ve learned after being in the field for six years is that just because someone comes from a really nice family, it doesn’t mean they’re not abused,” said Balga who teaches courses in Diagnostic Methods and Pediatrics at the Katz School and lectures on risk management, patient safety and provider safety at the Yale School of Medicine.

Balga said the work is “very stressful,” but he does it because it’s one area of medicine where he can make a significant difference.

“What’s most important in our evaluations is to get it right,” he said. “Anytime you’re diagnosing a patient, you want to get it right, especially with kids. If you’re going to call DCF (Department of Children and Families), you better have a good reason.”