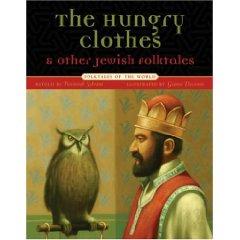 The economy sank. But our professors soared.
This year Hedi Steinberg Library has seen new releases of three of our faculty members. Turkish courts, Boer Wars, British salons and imaginary realms – the following books take readers around the world.

THE HUNGRY CLOTHES & OTHER JEWISH FOLKTALES, by Peninnah Schram. Diverse selection of Ashkenazic and Sephardic legends, parables, fables, and supernatural and mystical stories. Part one of a brand new series aimed to acquaint children with the faith and values of their heritage. Sterling Press.
Judaica Juvenile BM 530 .S44 2008 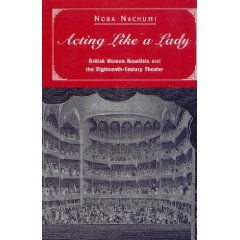 ACTING LIKE A LADY, by Nora Nachumi. An in-depth look at 18th century theater and its impact on British women novelists. From stage to drawing room, immortal subjects are discussed (i.e. Austen, Burney), as well as their association with contemporary playwrights. AMS Press, Inc.
PR 858 .P44 N33 2008

SARAH HECKFORD: A LADY TRADER IN THE TRANSVAAL, edited by CAROLE G. SILVER. Governess, doctor, builder, nurse, farmer – Sarah Heckford did it all, trekking to the Transvaal and eventually peddler-trading with the Africans and Afrikaners of the bush-veldt. This book examines both her private, eventful life, and her attitudes to empire, politics, and race. Parlor Press, 2008. 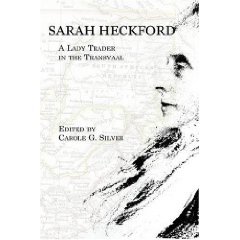