Minute book of the Vaad Harabanim of New York, 1930s 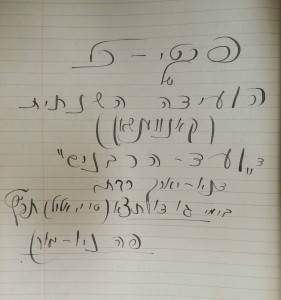 Financial problems at the Rabbi Isaac Elchanan Theological Seminary (RIETS)?  Conflict at the Rabbi Jacob Joseph School?  Hillul Shabbat in the kosher chicken slaughter houses?  These issues come to life in the Mendel Gottesman Library’s recent acquisition, a ledger of the Vaad HaRabanim of New York, a little known rabbinic board boasting towering rabbinic figures.  The organization was active in the early 1930s and received recognition from Rabbi Moshe Soloveitchik, who greeted its annual conventions.  His son, “the Rav,” Rabbi Joseph Ber Soloveitchik, addressed the Vaad in December 1932, shortly after his arrival in the United States. The Vaad grappled with a variety of issues, most notably,  kashrut, education, family matters, Kiddush wine during Prohibition, and the status of the rabbinate.  The minutes of the Vaad’s meetings and conventions vividly depict the religious world and dilemmas confronting the New York Jewish community in the 1930s.  Rabbi Aaron Burack, a rosh yeshiva at RIETS, was particularly active in the organization.