The Genesis of Scholarly Bible Studies at Yeshiva 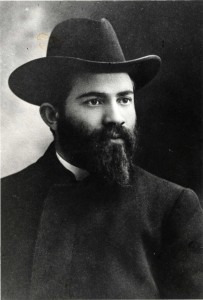 As we begin a new cycle of Torah reading, discussion of various ways to study Tanakh is fitting. Rabbi Dr. Bernard Revel, the visionary Rosh Yeshiva of RIETS and President of Yeshiva College, expressed his views on Bible criticism in a letter dated April 10, 1929. Never one to mince words, he described Bible criticism as a threat to Jews and Judaism. Rather than ignoring the challenge, he took action to confront it head-on.    He appointed Rabbi Dr. Chaim Heller as a professor of Bible at Yeshiva. Heller was the founder of the Bet Midrash Elyon in Berlin, where Rabbi Joseph B. Soloveitchik studied in the 1920s.  Revel wrote to Bernard London, a Yeshiva College trustee, to thank him for providing the funding to bring Dr. Heller to Yeshiva and to explain the importance of this educational endeavor.

“The Bible is the source of all Universal Israel has been, has achieved, and has given to the world; it is the very essence of our spiritual and religious being, and the greatest single influence in human progress. Non-Jewish theologians, unwilling to concede mankind’s debt to Israel for the Bible, have during the past century of ‘scientific’ anti-semitism subjected it to violent attacks, denying its Mosaic authorship and its trustworthiness; so that in non-Jewish circles so-called ‘higher criticism’ of the Bible has become a sure mark of scholarship, and even scholars among us cannot resist the temptation of joining this ‘higher criticism’ which often masks a ‘higher anti-semitism’. Some among the heads of our theological seminaries go even further than the Gentile scholars, in assailing the authenticity of the Bible.

This higher criticism, which threatens the very foundations of Jewish spiritual and religious life, cannot be ignored. We must meet the attacks of these enemies of the Bible, within or outside of our ranks, on their own ground, with their own weapons.  We must meet with constructive criticism the destructive Bible-criticism of those misguided – for I will not say malicious – critics. Julius Wellhausen, prophet of this higher criticism, is almost canonized by some Jewish scholars themselves. Torah-Jewry, of which the Yeshiva is the lighthouse in this land, can no longer permit this misrepresentation of what is our very life, our exalted contribution to mankind.

Several Jewish scholars have recently taken up the war for God and his Torah. Foremost among them is Dr. Chaim Heller, Biblical and Rabbinic scholar of the first rank, whose researches in the field of ancient Biblical Versions have proved the worthlessness of some of the fantastic theories of these Bible critics, meeting them as an equal, with a complete critical apparatus, and with love and zeal for God.

It is manifest how valuable such a scholar and influence are to the home of learning, the Yeshiva, from which our spiritual leaders, who are to spread the knowledge of the Bible and be prepared to answer questions and criticisms in regard to it. There are, at the Yeshiva, students already equipped, with knowledge of the Bible and ancient languages, to do constructive scholarly work with Professor Heller.”

Heller indeed came to Yeshiva in 1929 and was associated with it until his death in 1960.

Revel’s complete letter to London, from the Revel Papers in the Yeshiva University Archives, may be read here: 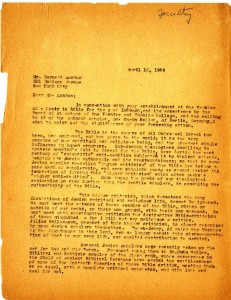 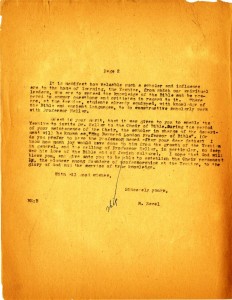