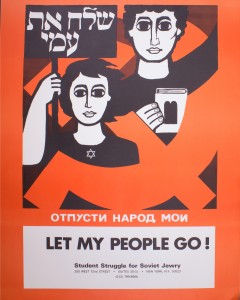 With the arrival and operation of a mobile digitization lab to scan archival materials on site, it was hardly business as usual in the Special Collections Office for two weeks this past January. This project was part of the Metropolitan New York Library Council (METRO) Culture in Transit initiative, which aims to broaden access to New York City’s cultural heritage by providing free digitization services to cultural heritage institutions, one component of which is to bring a mobile digitization lab and staff to the institution and scan the materials on site.

The Archives was quick to see the benefit of such a program for some of its oversized materials, which are not only cumbersome to bring to patrons to view in its Reading Room, but also would be difficult to send to a vendor for offsite digitization. Coincidentally, METRO was eager for a project with oversized materials to test its mobile copy-stand camera and new LED lights. So they responded enthusiastically to the Archives’ expression of interest in the program.

“They contacted us almost immediately and seemed ready to schedule it,” recalls YU Archivist Deena Schwimmer, who directed the project for the Library. “We had to postpone a bit as we had no work space because of the renovation, but thankfully we were able to agree upon a mutually convenient time in January.”

And so METRO’s capable and resilient Mobile Digitization Specialist braved the coldest weather (to date) and set up a lab in the Special Collections Office, where the collection of 177 posters from the Student Struggle for Soviet Jewry (SSSJ) Records were digitally photographed. The collection will be available through METRO’s digital collections website, as well as through the Digital Public Library of America, providing widespread open access. As part of the project agreement, Yeshiva also received copies of the images, which are accessible through its Digital Library.

SSSJ was a pioneer in the movement to oppose the persecution of Jews in the Soviet Union, which eventually became a worldwide campaign lasting until the dissolution of the Soviet Union in 1991 and resulting in the emigration of over a million Soviet Jews. In addition to copies of printed posters that served as publicity for the organization and its mission, this collection contains a large number of unique, hand drawn placards used by participants at rallies and protests in support of Soviet Jewry. It is part of the larger SSSJ collection of photographs, printed material, case files of Soviet Jews, administrative records, and audio and video recordings held by the Yeshiva University Archives.

Here’s the link to view the entire collection. 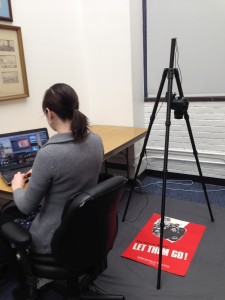 For more information about the Archives’ SSSJ collection, view the Finding Aid for it.
For more on how the copy-stand was used to digitize this collection, read the METRO blogpost on it.