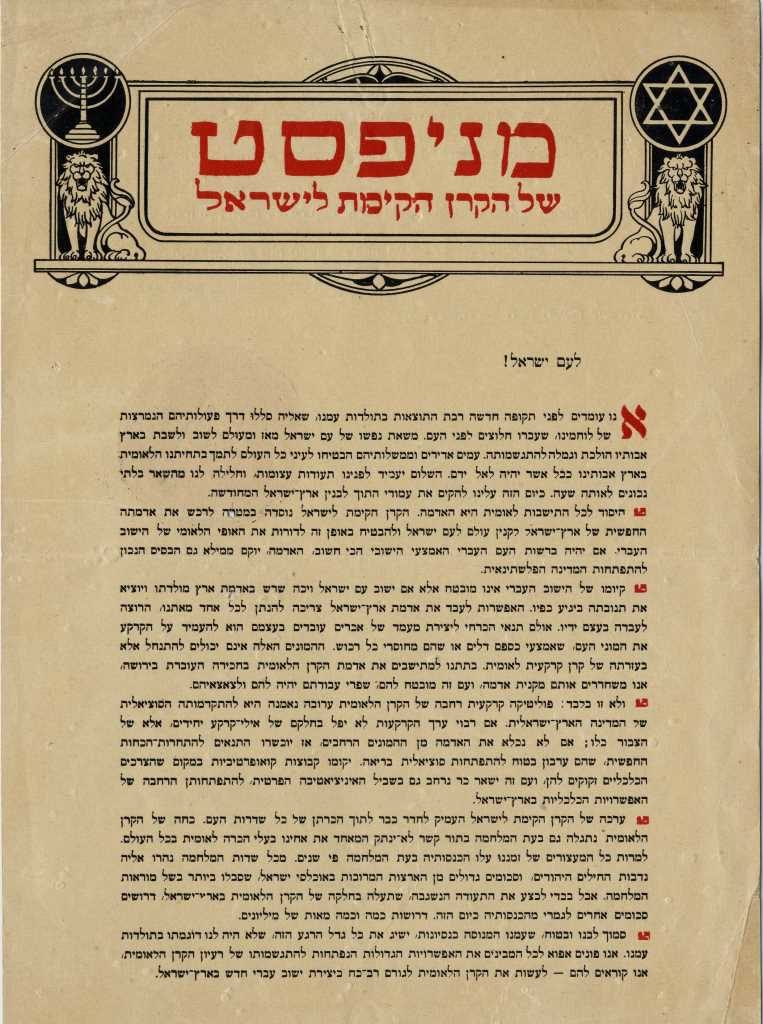 A century ago, in the fall of 1918, the Jewish National Fund (JNF, Keren Kayemet L’Yisrael), issued a manifesto from its headquarters in The Hague. The organization, founded in 1901, was assessing its mission and goals in light of recent events. The Balfour Declaration, which stated that the British government views with “favour the establishment in Palestine of a national home for the Jewish people” had been proclaimed on November 2, 1917. By the fall of 1918 the British Army, with the assistance of the Jewish Legion, had captured most of Palestine from Turkey. The First World War appeared to be nearing its end. These historic circumstances are reflected in the JNF’s manifesto, addressed to the Jewish people, “am Yisrael.”

“We are at the cusp of a new period of great consequence in the history of our people; the actions of our fighters … paved the way for this. The eternal desire of the Jewish people to return and settle in the land of its forefathers is reaching fulfillment. Mighty nations and their governments have promised publicly to the world to do their utmost to support our national rebirth in the land of our ancestors. Peace will put great challenges before us and we must be ready for that time. Today it is incumbent upon us to establish the foundations to build a renewed Land of Israel.”

The remainder of the manifesto discussed the JNF’s land policies in Palestine, such as land purchase and its vision for land trusteeship and farming, and encouraged monetary donations. 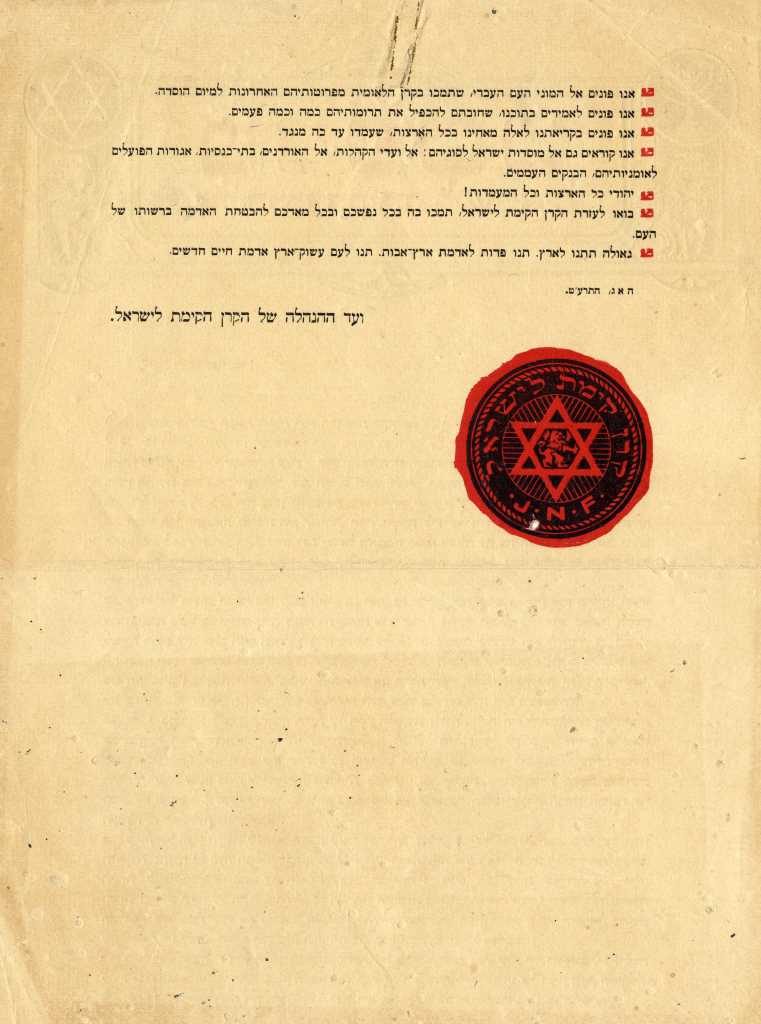 Another Jewish organization, Magen David Adom, also published a statement in Jaffa in the fall of 1918, spurred by the First World War. Magen David Adom proposed initiating a Jewish version of the Red Cross, in accordance with the Jewish ideal of “loving your brother as yourself.” Many Jews had volunteered for the war [the Jewish Legion] out of great love for their homeland, and they were the heroes of the national cause. As wonderful as the work of the Red Cross is, these Jews deserve to be cared for by nurses who are not simply “sisters” in name, … “rather true sisters, sisters in hope, happiness and sorrow, sisters in the cause and in language, sisters who wear the national symbol, the symbol of the ‘Magen David’ on their arms, the same symbol which is on the chest of the wounded hero…”

The efforts of Magen David Adom in 1918 do not seem to have materialized at the time; although the organizers stated that they already had volunteers in training, the Encyclopaedia Judaica and the current organization’s website both date the founding of Magen David Adom to 1930. 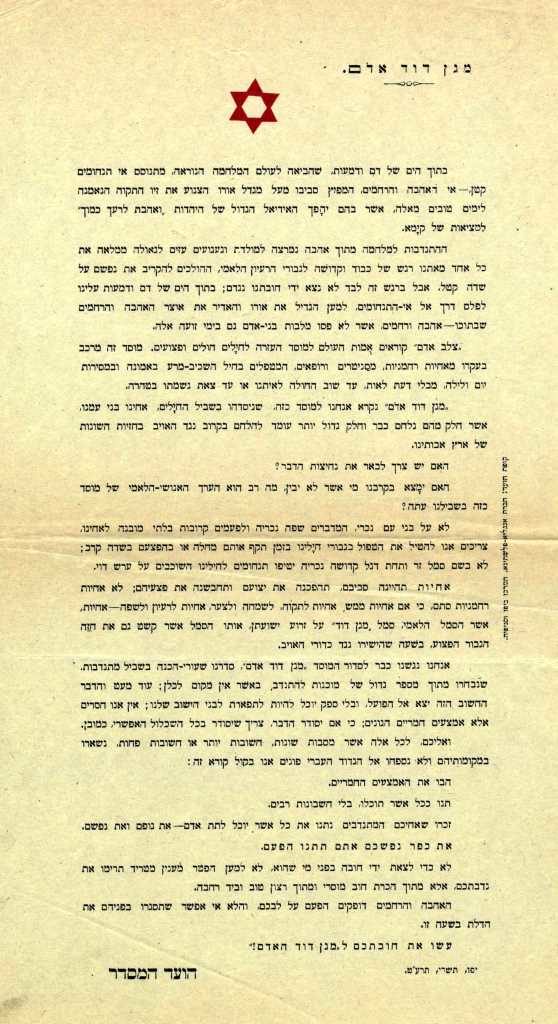 On November 29, 1947, the General Assembly of the United Nations voted to partition Palestine into two independent states, one Jewish and one Arab. The British government, which had been the ruling power in Palestine since the end of World War I, declined to implement the decision and withdrew; immediately afterwards the State of Israel declared its independence on May 14, 1948. Today, seventy years later, and a hundred years after its manifesto in The Hague, the JNF continues to be a vibrant force in Israel. Its website states that it is “developing the land for a sustainable future,” and preserving the country’s natural and cultural heritage.

The JNF manifesto and the Magen David Adom statement are both held in the collections of the Yeshiva University Archives.