Behind the Curtain of Soviet Jewry Activism 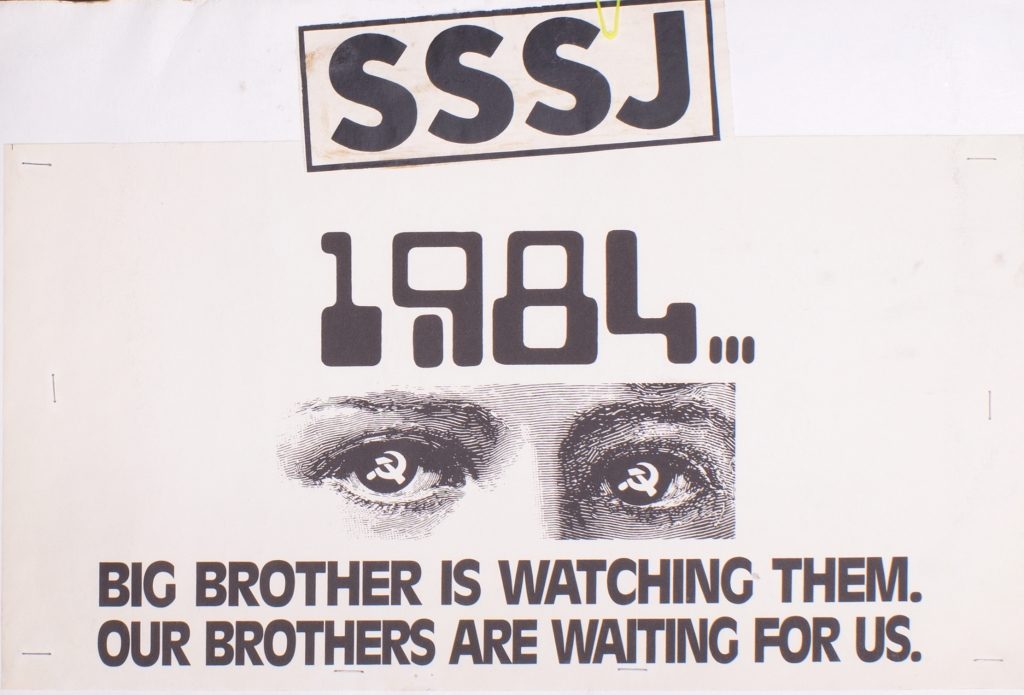 “Big Brother is Watching Them. Our Brothers are Waiting for Us,” was the message of the Student Struggle for Soviet Jewry in 1984. Today you are welcome to watch and listen to Soviet Jewry activists reminisce about their efforts to breach the Iron Curtain here.

The Soviet Jewry Oral History Project was initiated by Glenn Richter, former National Coordinator of the Student Struggle for Soviet Jewry, in conjunction with Yeshiva University Archives to collect and preserve the memories of various activists in the Soviet Jewry movement.

The oral history video recordings were conducted in the United States and Israel, primarily by Glenn Richter. Funding for the project was provided by Henry Gerber.

The Soviet Jewry movement was formed in order to oppose the persecution of Soviet Jews and promote their right to emigrate freely from the Soviet Union. Beginning in the 1960s, largely as local grassroots efforts organized by individuals who drew their inspiration from the American civil rights movement, it grew to a worldwide effort that also included numerous established Jewish as well as some non-Jewish organizations and had the support of large numbers of government officials. It lasted well into the 1990s when the Soviet Union allowed Jews to emigrate and eventually dissolved into independent republics.

Yeshiva University Archives hold the records of the Student Struggle for Soviet Jewry. The organization,  founded in 1964 by Jacob Birnbaum, was a pioneer in the movement to oppose the persecution of Jews in the Soviet Union. The poster featured above is from the SSSJ records. Digital versions of the posters in the collection may be viewed here.