Fair Use Week, 2019 Unrolling the Scroll: Hidden Blessings of the Megillah 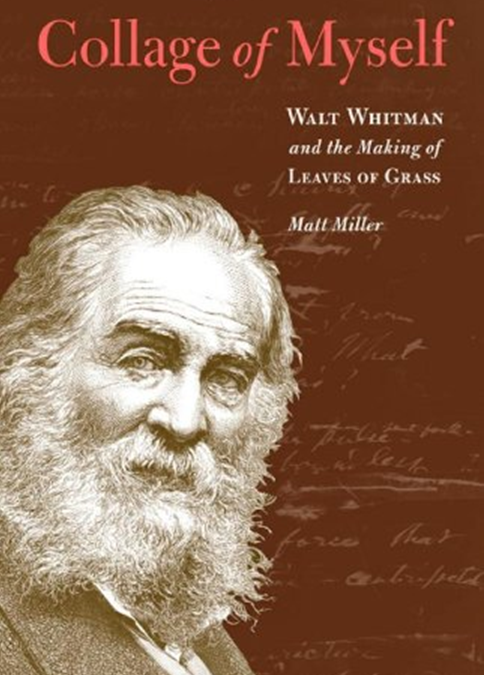 Celebrate National Poetry Month with Matt Miller, Associate Professor of English, who will introduce his book on Walt Whitman as the final of three Library Book Talks for the 2018-2019 academic year.  Elinor Grumet, Reference and Instruction Librarian, will interview Professor Miller about his research and particular perspective on this highly influential American poet at 6:00 p.m. in room 102 of Stanton Hall on the Beren Campus, 245 Lexington Avenue.  Refreshments will be served.
About the Book

Collage of Myself presents a groundbreaking account of the creative story behind America’s most celebrated collection of poems. In the first book-length study of Walt Whitman’s journals and manuscripts, Matt Miller demonstrates that until approximately 1854 (only a single year before the first publication of Leaves of Grass), Whitman—who once speculated that Leaves would be a novel or a play—was unaware that his ambitions would assume the form of poetry at all.

Collage of Myself details Whitman’s discovery of a remarkable new creative process that allowed him to transform a diverse array of texts into poems such as “Song of Myself” and “The Sleepers.” Whitman embraced an art of fragments that encouraged him to “cut and paste” his lines into ever-evolving forms based on what he called “spinal ideas.” This approach to language, Miller argues, represents the first major use in the Western arts of the technique later known as collage, an observation with significant ramifications for our reception of subsequent artists and writers. Long before the modernists, Whitman integrated found text and ready-made language into a revolutionary formulation of artistic production that anticipates much of what is exciting about modern and postmodern art.

Using the Walt Whitman Archive’s collection of digital images to study what were previously scattered and inaccessible manuscript pages, Miller provides a breakthrough in our understanding of this great American literary icon.