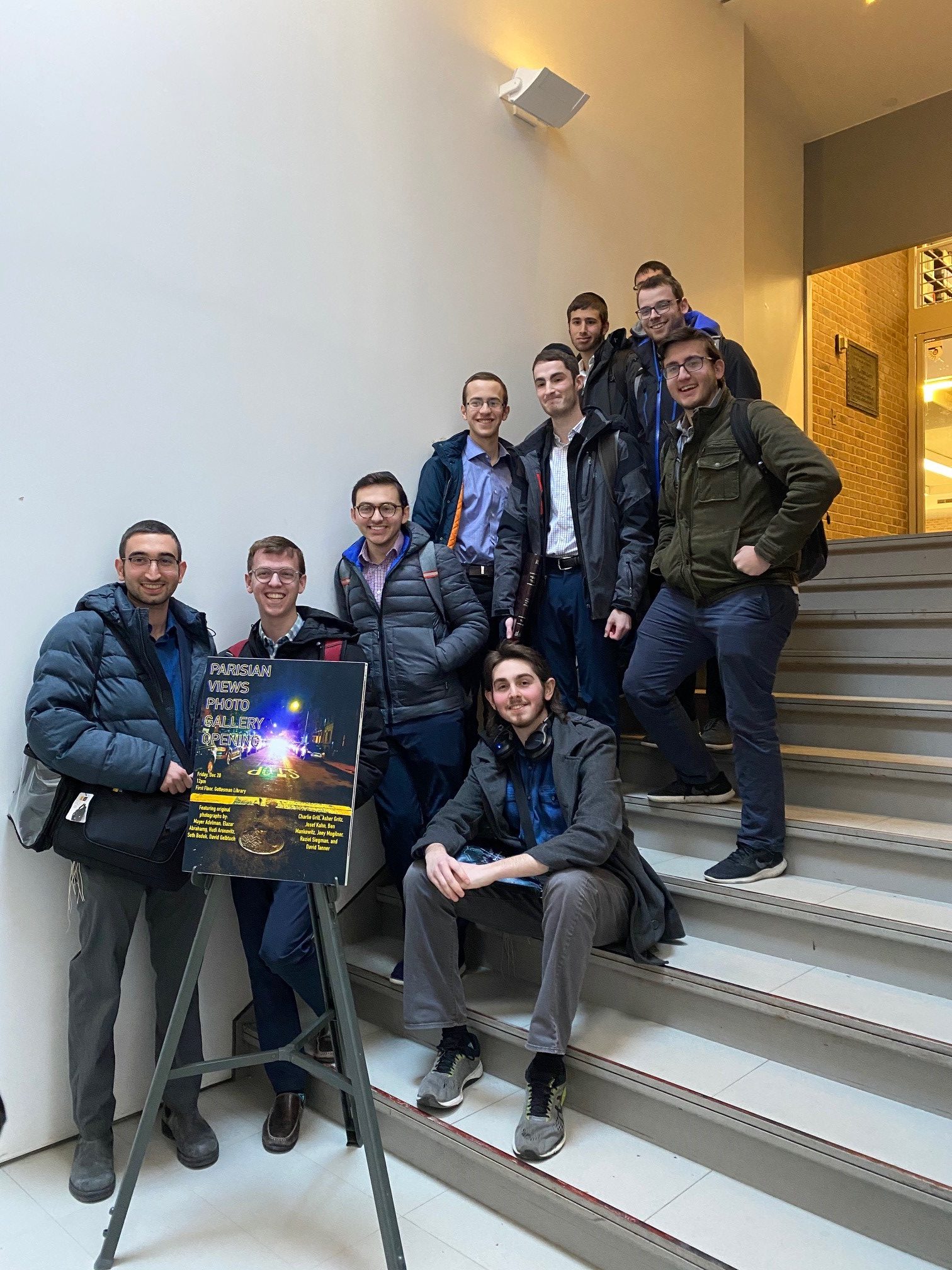 Students in Professor Rachel Mesch’s course Parisian Views at the opening reception on Friday, December 20, 2019 at the entrance to Pollack Library for their exhibition Parisian Views: Instagram Discoveries by Yeshiva College Students

Parisian Views: Instagram Discoveries by Yeshiva College Students is the most recent installation in the second-floor Pollack Library gallery. Professor Rachel Mesch’s students lent their smartphone photographs, taken in the course of the same title, offered under the “Interpreting the Creative” rubric of the Yeshiva College core curriculum. In that course, students learn about new approaches to art and literature that came about in nineteenth-century Paris, when artists began to see the everyday life of their rapidly changing city as fodder for artistic creation. Impressionists like Manet, Degas, Renoir, and Caillebotte, and writers like Baudelaire, Balzac, and Zola depicted what they observed all around town–on the bustling boulevard, in newly constructed cafés and restaurants, in recently renovated parks, and at the theater. They loved to capture life in motion, and were very much influenced by new technology of the camera.

In Parisian Views, students treat New York City as a similar source of inspiration and learn how to become artists of everyday life. With their private @parisianviews Instagram account this past fall 2016 semester, students tried to see through nineteenth-century eyes in order to capture the unexpected beauty in the most seemingly mundane aspects of our city. Some of these first-year students discovered New York City for the first time, while others found a brand new perspective on a city that they have long considered home. From traffic and garbage to street signs and buildings, to moments of nature meeting the unforgiving concrete jungle, they captured the changing city with a new sense of wonder. Their photographs are alternately haunting and joyous, conveying their creative engagement with the neighborhoods that will be their stomping grounds for these next four years.