Before the Maccabees: Basketball at Yeshiva College in the 1930s 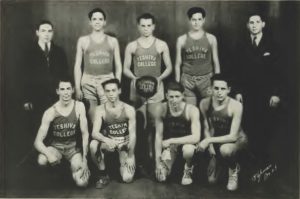 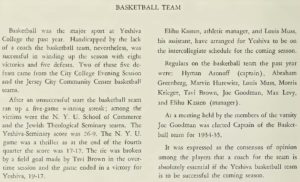 Nameless at the time, in subsequent Masmid yearbooks in the 1930s the basketball team was known as the “Quinhooplets” and the “Blue and White.”

Daniel Lubofsky explored the history of other names of the team, the “Mighty Mites” and the current moniker the “Maccabees” in his article in the Commentator.

You can follow the exploits of today’s YU Maccabees basketball team here.