When do history and passion collide? 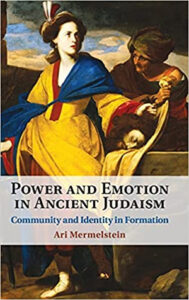 Ari Mermelstein’s Power and Emotion in Ancient Judaism: Community and Identity in Formation (Cambridge University Press, 2021) examines the relationship between power and emotion in ancient Judaism. Ancient Jewish writers contend that Jewish identity entails not only allegiance to G-d and performance of the commandments, but also acquisition of specific emotional norms. These norms were both shaped by and responses to networks of power—G-d, foreign empire, and other groups of Jews—which threatened Jews’ sense of agency. According to these writers, “emotional communities” that felt Jewish would succeed in neutralizing the power wielded over them by others and, depending on the circumstances, restore their power to acculturate, maintain Jewish identity, and achieve redemption. An important contribution to the history of emotions, this book argues that power relations are the basis for historical changes in emotion discourse. 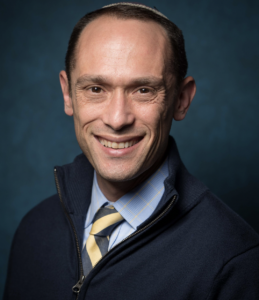 Ari Mermelstein is Associate Professor of Bible and Second Temple Literature; Chair of the Department of Bible, Hebrew, and Near Eastern Studies; and Assistant Director of the YU Center for Jewish Law and Contemporary Civilization, and the Israeli Supreme Court Project, Cardozo School of Law.

Join us for a Library Book Talk with Professor Mermelstein on Tuesday, December 21, 2021 at 7:30 pm ET via Zoom. This is an online event. Event URL will be sent via registration email. Registration is required.